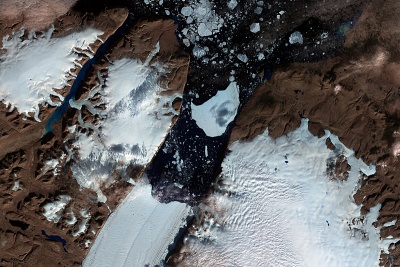 Aviation giant Airbus is among 16 participants in a new European research project that is aiming to develop a laser-cooled atom quantum sensor for potential deployment in space.

According to a project fact sheet, its overarching goal is to “prepare the deployment of quantum gravimeters [and/or] accelerometers in space, within the decade”.

In its announcement, Airbus said that the plan was to build an engineering model of an accelerometer based on rubidium atom interferometry.

“Benefitting from the heritage of its research institutions, this project aims to bring Europe into a leading position for sustainable quantum technologies in space,” stated the firm.

Climate monitoring
Expected to become a powerful tool for high-precision measurements of Earth’s gravitational field, atom interferometry would be sensitive enough to monitor changes in sea level driven by climate change - and the approach should be even more effective when deployed in space.

“The sensitivity of atom interferometers with respect to gravity can be increased using long free-fall times that are available in space,” Airbus explained. “In orbit, these devices can be used to observe global processes like a rise of the sea level with unrivaled sensitivity.

“However, their adaptation and qualification for space is challenging. The CARIOQA-PMP project will mature these quantum sensors and therefore prepare the ground for future high-precision gravimetry missions in space.”

The pathfinder mission preparation is being coordinated by the French and German space agencies (CNES and DLR), with CNES acting as the project lead.

After verification of the source preparation, the engineering model modules will be integrated at CNES facilities in Toulouse.

€17M budget
Airbus Defence and Space is set to lead the instrument development and integration, and will also be responsible for the design, construction and initial operation of the sensor head, the so-called “physics package”, including an ultrahigh vacuum chamber, the atomic reservoir, the magnetic shield as well as surrounding optics and electronics.

The CARIOQA-PMP project officially kicked off in December 2022, and will run until March 2026, with a €17 million budget provided by European Union (EU) funding.

Said to bring together the main players of quantum sensors in Europe, the effort features eight research organisations and six industrial partners alongside the two space agencies.

“As a result, CARIOQA-PMP will secure the capacities for implementing quantum gravimeters [and/or] accelerometers in space within the EU, contributing to the EU's strategic goal of non-dependence and autonomy,” suggests the project fact sheet.