Australia-based scientists report on its electro-optical potential for space navigation, farming and more. 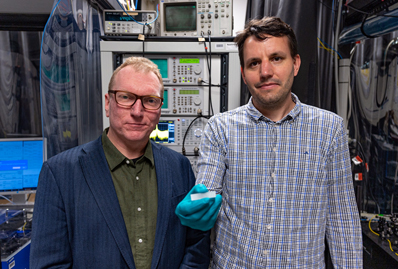 Lithium niobate, one of the world’s most notable artificial electro-optic materials is “back in vogue” – according to Australian scientists, who are harnessing its properties for new and diverse future applications such as space navigation and farming.

“Lithium niobate, first discovered in 1949, is finding new uses in the field of photonics because unlike other materials it can generate and manipulate electro-magnetic waves across the full spectrum of light,” said Dr Boes.

“Silicon was the material of choice for electronic circuits, but its limitations have become increasingly apparent in photonics. Lithium niobate has come back into vogue because of its superior capabilities and advances in manufacturing mean that the material is now readily available as thin films on semiconductor wafers.”

A layer of lithium niobate about 1 micron thick is placed on a semiconductor wafer/substrate. Photonic circuits are printed into the layer, which are tailored according to the chip’s intended use. 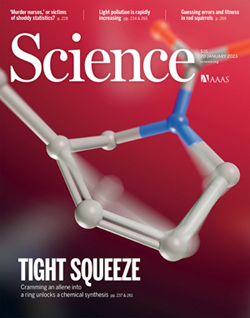 Read all about it – in Science.

“The ability to manufacture integrated photonic chips from lithium niobate will have major impact on applications in technology that use every part of the spectrum of light,” said Prof. Mitchell. “Photonic chips can now transform industries well beyond optical fiber communications.”

As there is no GPS on the Moon navigation systems in lunar rovers of the future will need to use an alternative system, based on photonic chips. By detecting signals in the infrared part of the spectrum a photonic chip irradiated by a laser can measure movement without needing external signals.

Boes and Mitchell have brought together a team of world leaders in lithium niobate and published their review of lithium niobate’s capabilities and its potential future applications in the latest issue of Science.

Lithium niobate technology can also detect how ripe fruit is. Gas emitted by ripe fruit is absorbed by light in the mid-infrared part of the spectrum. A drone hovering in an orchard would transmit light to another, which would sense the degree to which the light is absorbed and when fruit is ready for harvesting.Such a system has advantages over existing technology by being smaller, easily deployed and potentially giving more information in real time to farmers.

“We have the technology to manufacture these chips in Australia and we have the industries that will use them,” said Distinguished Professor Mitchell. “This is not science fiction, it’s happening now, and competition to harness the potential of lithium niobite photonic technology is heating up.”