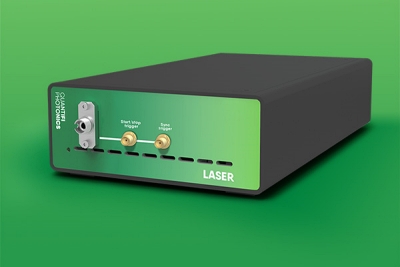 Quantifi Photonics, a startup firm in Auckland, New Zealand, that provides optical test equipment for high-speed datacom and telecom equipment, says it has closed a series C round of venture funding worth $15 million.

Led by Intel Capital, the latest fundraising effort will be used to fast-track the development of high-density test solutions, supporting the industry’s ramp to 800 Gb/s communications.

Silicon photonics testing
Quantifi, which was previously known as Coherent Solutions, says that the injection of cash will also help the firm to grow its research and development and manufacturing teams, as well as expand its sales and customer support capabilities in the US and Europe.

CEO Andy Stevens said: “Intel Capital's investment will help us carry out our strategy and seize the market for the high-value test instruments required to support the rapidly growing transceiver market, which is projected to exceed $14 billion by the year 2026."

More specifically, Quantifi has set its sights on the market for high-density photonic test equipment, where it plans to offer fully integrated test systems for optical transceivers, silicon photonics, and co-packaged optical devices that are transitioning from laboratories to high-volume production lines.

“By working extremely closely with customers such as Intel, we understand their challenges and can begin to anticipate what they might need in 6, 12 or 24 months' time,” Stevens added.

“As a result, we're rapidly developing a new generation of high-density test solutions that are critical to unlocking the potential of 800 G technologies.”

Intel Capital’s managing director, Sean Doyle, commented: “Silicon photonics is a key technique in the future of the semiconductor and telecommunications industries, especially with the increasing bandwidth requirements for data center and 5G/6G applications.

“The Quantifi Photonics team has the potential to supply critical test and measurement solutions to the market at large.”

Beyond transceivers
Intel has long been a pioneer in the field of integrated and silicon photonics, with early developmental work including hybrid lasers fabricated from compound semiconductors on silicon wafers. The technology has been deployed in data centers since 2016.

Quantifi says that it is seeing growing interest in its new high-density test solutions, notably the 288-channel optical power meter released by the firm at the OFC 2022 trade show.

The company says it designs these products specifically for manufacturers of next-generation optical transceivers and co-packaged optical devices that use an extremely high number of parallel channels to transmit data at speeds of up 52 Tb/s.

While headquartered in Auckland, Quantifi already has wholly-owned subsidiaries in the US and Thailand, and is currently looking to hire two new sales managers in the US.

At the SPIE Photonics West exhibition earlier this year, the company showed off its growing range of products, highlighting applications in photonic Doppler velocimetry, free-space communications, and lidar and 3D sensing, as well as in transceivers.