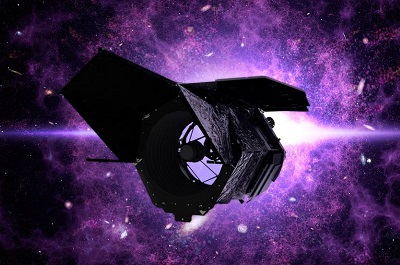 NLS II is an indefinite-delivery/indefinite-quantity contract. The total cost for NASA to launch the Roman telescope is approximately $255 million, which includes the launch service and other mission related costs. The telescope’s mission currently is targeted to launch in October 2026, as specified in the contract, on a Falcon Heavy rocket from NASA’s Kennedy Space Center in Florida.

The telescope’s science program will include dedicated investigations to tackle outstanding questions in cosmology, including the effects of dark energy and dark matter, and exoplanet exploration. Roman also includes a substantial general investigator program to enable further studies of astrophysical phenomena to advance other science goals.

The telescope was previously known as the Wide Field InfraRed Survey Telescope (WFIRST), but it was later renamed in honor of Dr. Nancy Grace Roman (the “Mother of Hubble) for her extraordinary work at NASA, which paved the way for large space telescopes.

The U.S. Space Development Agency (SDA) has this week announced the award of two prototype agreements with a total potential value over $1.3 billion to establish the Tranche 1 (T1) Tracking Layer. This is intended to provide “the initial missile warning/missile tracking warfighting capability of the National Defense Space Architecture.” The satellites will begin to launch in April 2025. 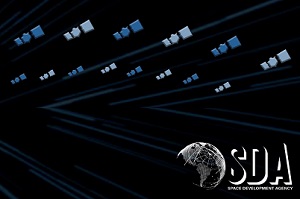 The agreements are awarded to teams led by L3Harris Technologies, and Northrop Grumman Strategic Space Systems, to each build a space segment consisting of two planes with seven space vehicles per plane – 14 satellites from each performer for a total of 28 satellites in four planes.

Their purpose is to collect infrared data and provide network communications. Each agreement includes a launch services segment for launch preparation, and a ground segment for operations and support.

These prototypes will provide global and persistent indications, detection, warning, tracking, and identification of conventional and advanced missile threats, including hypersonic missile systems.

“The T1 Tracking Layer effort is a critical step toward building the National Defense Space Architecture,” said Derek Tournear, SDA director. “SDA is confident that selection of the L3 Harris and Northrop Grumman teams provides the best overall solution to accelerate delivery of a low-Earth orbit constellation with wide-field-of-view infrared sensors for a global missile warning and missile tracking capability in Tranche 1, on schedule.”

In 2022 the U.S. Congress provided SDA with $550 million in additional funding to accelerate deployment of the Tracking Layer, with specific direction to demonstrate a space-based missile warning, tracking, and targeting capability in support of U.S. Indo-Pacific Command. The vision for the NDSA includes fielding a system that provides a resilient global capability to all combatant commands as rapidly and affordably as possible.