Acquisition sees the French firm expand its presence in Sweden, and will add around €10M to annual revenues. 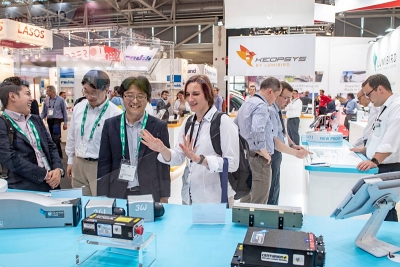 Lumibird at LASER World of Photonics

Lumibird, the diverse French photonics company, has completed its acquisition of Saab’s laser rangefinder business - expanding the group’s activities in defense applications, with clients such as Thales Optronique.

First announced in March 2021, the deal will see the Gothenburg-based business renamed as Lumibird Photonics Sweden. It adds around €10 million in annual sales to Lumibird’s group turnover - which in 2021 stood at €163 million.

As a result of the transaction, 27 Saab employees in Gothenburg will join the newly established subsidiary. Carl-Johan Bergholm, the head of Saab’s surveillance business, said:

“The divestment is yet another stage in the increased focus on our core business and we are convinced that the laser business makes a good strategic fit within the Lumibird Group."

Paris-listed Lumibird added: “Through this acquisition, Lumibird offers its European defense sector clients a wider selection of lasers and rangefinders, from short to long range, with increased market coverage.

“This acquisition also opens up immediate access for all the products to a broader panel of European clients.”

€250M turnover targeted
The addition of the Saab business follows a number of similar bolt-on deals closed by Lumibird in recent years, for example that of Ellex, Optotek, and Halo Photonics.

The company has also acquired a significant stake in laser weapons firm CILAS, through the purchase of shares previously owned by industrial conglomerate Areva.

In April Lumibird reported revenues of €38 million for the first quarter of 2022, up 12 per cent on the same period in 2021. The firm is pursuing acquisition targets and organic growth in a bid to hit its target of €250 million in annual revenues in 2023.

Strategies identified to accomplish that include strengthening Lumibird’s positions in the space and defense sectors - as evidenced by the Saab deal - as well as increasing its presence in ophthalmology diagnosis and therapeutic technologies.

The company also wants to expand its role as an original equipment manufacturer for clients in the medical sector, and further strengthen its position in lidar technology, where it sees opportunities in autonomous vehicle, wind power, and 3D scanning markets.