Fiber laser firm has successfully diversified away from China, but drops in value after losses widen. 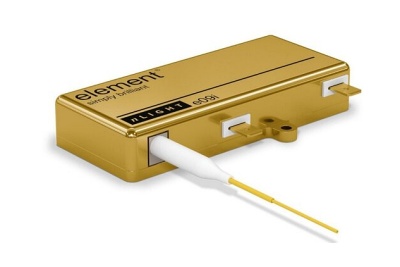 For the closing quarter of 2021, nLight’s sales of $67.5 million were up 3 per cent year-on-year, with CEO Scott Keeney highlighting how the company’s geographic focus has now shifted firmly away from China.

“In Q4 [of 2021], revenue from customers outside of China grew by 26 per cent year-over-year, to approximately $60 million - or 89 per cent of total revenue,” he told an investor conference call. “We have doubled our revenue outside of China since Q4 2019.”

Inflection point in additive
That transition means that, for the first time since nLight’s initial public offering in 2018, the company’s ten leading customers were all from outside of China.

The CEO said that many of the firm’s current design wins took a number of years to secure, indicating a deep level of engagement that ought to serve as a strong foundation for future business.

Keeney pointed to continued adoption of nLight’s programmable and high-power lasers by leading machine tool manufacturers in the US, Japan, Korea, and Europe for cutting applications, while long-term opportunities are now emerging in welding - especially for electric vehicles.

nLight has also seen a jump in customer engagement in additive manufacturing, where the laser powers used are typically lower than for cutting and welding tools.

“We believe this market is at an inflection point as multiple laser tools combined with further improvements in our programmable lasers will further drive improvements to displace legacy machining and casting,” suggested Keeney.

China cutting sales ‘minimal’
Looking ahead, Keeney and his executive team are expecting sales in the opening quarter of 2022 to be in the region of $64 million. If accurate that would represent a slight increase on the first three months of 2021, when nLight posted sales of $61 million.

Discussing likely growth scenarios with investors, the CEO said that 2022 would be a year of transition, echoing the sentiment recently expressed by key rival IPG Photonics.

“In 2022 revenue from China [for] cutting [applications] is going to be very, very minimal,” Keeney predicted.

• That outlook appeared to weigh on nLight’s stock price, which dropped in value by more than 20 per cent immediately following the firm’s financial update.

Currently trading at just under $15 on the Nasdaq, nLight’s stock has now lost around 60 per cent of its value over the past 12 months. Its market capitalization now stands at just under $700 million.