Brussels identifies PV as the 'kingpin' of its move away from dependence on Russian fossil fuels. 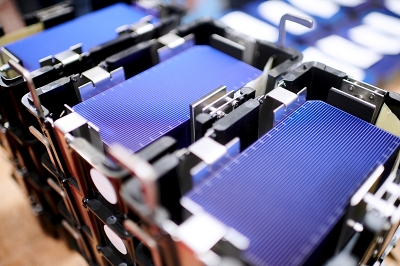 The European Union (EU) has outlined a new “solar strategy” as part of a wider range of measures designed to end its dependence on fossil fuels from Russia for energy needs.

“Solar energy will be the kingpin of this effort,” states the EU in its official solar strategy communication.

“Panel by panel, the infinite energy of the sun will help reduce our dependence on fossil fuels across all sectors of our economy, from residential heating to industrial processes.”

Also seen as a transformational development to strengthen economic growth, security, and climate action, the aims include doubling current solar photovoltaic capacity by 2025, and installing 600 GWac (equivalent to 740 Wdc) by 2030.

According to the most recent figures calculated by SolarPower Europe - a PV industry representative group - cumulative installations in the region totalled approximately 165 GW at the end of last year.

If that happens, it will make solar energy the largest source of electricity in the EU by 2030, with more than half of the total being generated from rooftop installations.

“Today is a watershed moment for EU solar, the continent’s energy security, and European climate commitments. The new EU Solar Strategy 740 GWdc target brings us that much closer to the terawatt age of European solar.”

Along with measures for more efficient energy use, replacing methane with hydrogen gas, and stepping up other renewable sources like wind power, it is hoped that the PV strategy will result in the EU using renewable energy to meet 45 per cent of its energy requirements by 2030 - up from the prior target of 40 per cent.

“Solar and wind are more empowered than ever to shield citizens from high energy prices,” reflected Hemetsberger. “The European solar sector is ready to scale up and deliver on the ambition set out.”

While the key measure identified within the solar strategy is to instigate a “quick and massive” deployment of PV via the European Solar Rooftops Initiative, other elements include shorter and simpler permitting procedures, ensuring there is a sufficiently skilled workforce to deliver the plan, and establishing a European Solar PV Industry Alliance to support a resilient local supply chain.

The EU admits that it has a weakness in several critical manufacturing and assembly steps in the PV value chain - including the production of silicon ingots, wafers, and solar cells, where manufacturing has become dominated by Chinese companies.

“Securing a diversification of supplies through more diverse imports and scaled up solar PV manufacturing in the EU of innovative and sustainable solar PVs would [help] mitigate supply risks for the necessary massive deployment of solar energy in the EU,” states the official communication text. “This objective will be supported by an EU Solar Industry Alliance.”

Manufacturing base
The alliance is expected to bring together industry with research institutes, consumer associations, and other stakeholders. Naomi Chevillard, head of regulatory affairs at SolarPower Europe, said of that particular aim:

“A strong European solar manufacturing base supports the strategic resilience of the renewable transition, while unlocking millions of euros in GDP. The European Commission must now deliver a clear toolbox of measures, and coordinate EU financing to support reinvestment into manufacturing capacities.

“With the support of the EU Solar Industry Alliance, the European Solar Initiative is within reach of its first milestone - at least 20 GW along the value chain by 2025 - marking the rebirth of a fully-fledged EU solar manufacturing value chain.”

“By 2030 the share of wind and solar energy in power production capacities should double from the current level of 33 per cent to 67 per cent. And by then solar energy will also be the largest electricity source in the EU, with more than half coming from rooftops.”