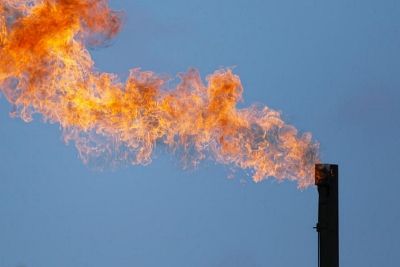 In an effort to reduce methane emissions, energy giant TotalEnergies is to expand its use of drone-mounted laser spectrometers worldwide.

The France-headquartered company says that the technology, known as the Airborne Ultra-Light Spectrometer for Environmental Application (AUSEA), will now be deployed across all its oil and gas extraction sites.

AUSEA, which relies on a diode laser spectrometer to monitor greenhouse gas concentrations, had previously been trialled at sites in Africa and Europe.

The technology, developed in collaboration with research groups at the French National Research Center for Scientific Research (CNRS) and University of Reims Champagne Ardenne, is said to weigh just 2 kilograms, making it light enough to be carried by commercial drones.

The approach is now being further developed for autonomous operation, meaning that the frequency of methane emission measurements can be increased. TotalEnergies said that it intended to extend AUSEA deployment to more facilities - particularly at its refineries.

‘Zero methane’ effort
Known to be almost 100 times more potent than carbon dioxide as a greenhouse gas, methane is a major contributor to man-made global heating.

As a result, many major oil and gas firms have pledged to significantly reduce methane emissions, with a particular focus on identifying and reducing leaks of the gas at refineries and along pipelines.

Namita Shah, the president of TotalEnergies’ “OneTech” division, commented: “TotalEnergies is committed to moving towards Zero Methane. Considered to be currently the most accurate technology in the world to detect and measure methane emissions, AUSEA will help us to refine our emissions calculations, and to take stronger measures to reduce our emissions even further in order to achieve the targets we have set.”

The company points out that the AUSEA sensors are able to detect both methane and carbon dioxide, while also identifying their source.

“Measurements can be taken at all types of industrial facility, whether onshore or offshore, using this technology,” said the firm. “It supplements measurements taken using traditional techniques such as infrared cameras, ground sensors, and satellite.”

Following initial deployment at sites in Nigeria, Italy, the Republic of the Congo, and the Netherlands, the global expansion has so far seen AUSEA added to TotalEnergies’ offshore sites in Africa, and initial use in South America, with a European roll-out in expected this summer.

“The campaign is an important step towards achieving a reduction of 50 per cent in methane emissions at company-operated sites by 2025, and of 80 per cent by 2030,” says the firm. Those reduction targets are calculated relative to emissions in 2020.

Methane monitors
AUSEA is not the only photonics technology being developed for monitoring and reducing methane emissions.

For example UK-based startup QLM has developed single-photon cameras that build up a lidar-generated image of greenhouse gases, such that leaks in pipelines or gas storage facilities can be both rapidly visualized and quantified.

Helicopters equipped with Bridger’s lidar sensors are set to fly over SoCalGas’s distribution area to scan for methane, providing a digital map of leaks and quantifying each emission.

In addition, researchers from the US National Institute of Standards and Technology (NIST) are working on a system using an optical frequency comb to monitor agricultural emissions.