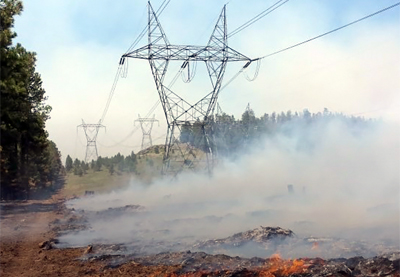 As the 2021 United Nations Climate Change Conference – also known as “Cop 26” – takes place this week in Glasgow, UK, many photonics-related organizations and companies have made significant announcements that combine photonics with efforts to reduce carbon emissions and combat climate change.

The U.S. Department of Energy (DOE) has awarded nearly $40 million to 40 projects that are advancing the next generation of solar, storage, and industrial technologies necessary for achieving the Biden-Harris administration’s climate goal of 100% clean electricity by 2035.

Specifically, the projects will reduce the cost of solar technologies by increasing the lifespan of photovoltaic (PV) systems from 30 to 50 years, developing technologies that will enable solar to be used in fuel and chemicals production, and advancing novel storage technologies.

“We are laser focused on deploying more solar power and developing more cost-effective technologies to decarbonize our electricity system,” said Secretary of Energy Jennifer M. Granholm. “Research to develop stronger and longer-lasting solar panels is critical to addressing the climate crisis. The 40 projects announced today – led by universities and private industry across the country – is an investment in the next generation of innovations that will strengthen the nation’s solar capacity and enhance our grid resilience.”

The projects will focus on: 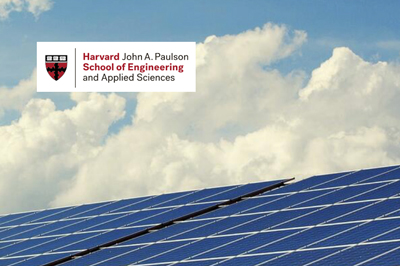 Solar energy could provide 43% of China’s electricity by 2060.

At Cop-26, much attention will be focused on China. As the world’s largest CO2 emitter, China’s efforts to decarbonize its energy system will be critical to the goal of limiting the rise in global average surface temperature to 1.5 degrees Celsius.

China has already made major commitments to transitioning its energy systems towards renewables, especially power generation from solar, wind and hydro sources. However, there are many unknowns about the future of solar energy in China, including its cost, technical feasibility and grid compatibility in the coming decades.

Recent projections of the cost of future solar energy potential in China have relied on outdated and overestimated costs of solar panels and their installation, and storage technologies like lithium-ion batteries.

How much will solar power really cost in China in the coming decades, including the challenges its inherent variability poses to the grid? Researchers from Harvard, Tsinghua University in Beijing, Nankai University in Tianjin and Renmin University of China in Beijing have found that solar energy could provide 43.2% of China’s electricity demands in 2060 at less than two-and-a-half U.S. cents per kilowatt-hour. For comparison, coal power tariffs in China ranged 3.6 to 6.5 cents per kilowatt-hour in 2019.

The research is published in the journal Proceedings of the National Academy of Sciences (PNAS). 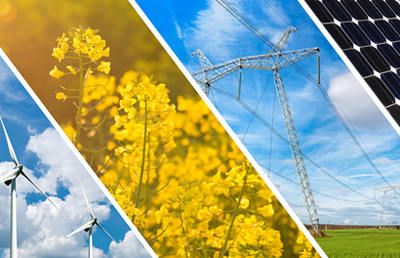 II‐VI is powering all its facilities in Europe with 100% renewable energy.

II‐VI Inc., a developer of engineered materials and optoelectronic components, has announced that it is powering all its facilities in Europe with 100% renewable electricity sources.

To power its footprint across Europe, II-VI said it is purchasing approximately 38 million kilowatt-hours (kWh) per year of renewable electricity, and thereby eliminating about 5,800 metric tons of CO2 emissions each year.

“II-VI has made it a top priority to reduce its carbon footprint across its global operations,” said Dr. Karlheinz Gulden, Senior Vice President, Laser Devices and Systems Business Unit. “This is elating news for our employees not only in Europe, but also around the world to know that we have achieved this important milestone and to be working for a company that not only supports but actively works towards long-term sustainability through tangible actions.” 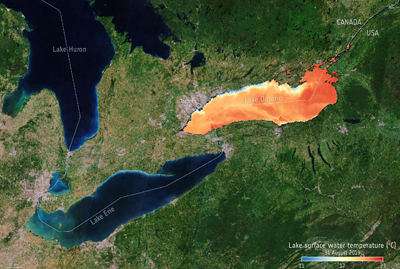 While the climate crisis is, unfortunately, a reality, it is all too easy to assume that every aspect of our changing world is a consequence of climate change. Assumptions play no role in key environmental assessments and mitigation strategies such as are described at this week Cop-26 conference – it’s the science and hard facts that are critical.

New research published recently by the European Space Agency is a prime example of facts that matter. Using model projections combined with satellite data from ESA’s Climate Change Initiative, this latest research shows that the global rise in the temperature of lake water and dwindling lake-ice cover can only be explained by the increase in greenhouse gas emissions since the industrial revolution – in other words, humans are clearly to blame.

According to the paper published in Nature Geoscience, the influence of human-induced climate change is evident in rising lake-water temperatures and the fact that lake ice-cover forms later and melts sooner.

Luke Grant, from the Vrije Universiteit Brussel (VUB) and lead author, said, “These physical properties are fundamental to lake ecosystems. As impacts continue to increase in the future, we risk severely damaging lake ecosystems, including water quality and populations of native fish species. This would be disastrous for the many ways in which local communities depend on lakes, such as drinking water supply and fishing.”

The research team also predicted how things are likely to develop in the future under different warming scenarios. For example, in a low-emission scenario, the average warming of lakes is estimated to stabilize at 1.5°C above pre-industrial levels and the duration of ice cover to be 14 days shorter. In a high-emission world, these changes could lead lake temperature to increase by 4.0 °C and have 46 fewer days of ice per year, says the paper.

At the beginning of the project, the authors observed changes in lakes around the world, as depicted in the image of Lake Ontario, based on satellite-derived observations from ESA’s Climate Change Initiative lakes project. However, the role of climate change in these trends had not yet been demonstrated.

The results show that it is highly unlikely that the trends in lake temperatures and ice cover in recent decades can be explained solely by natural climate variability. Moreover, the researchers found clear similarities between the observed changes in lakes and model simulations of lakes in a climate influenced by greenhouse gas emissions. 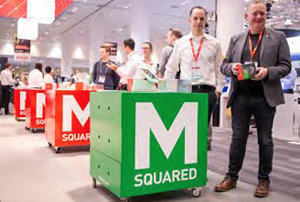 M Squared’s lasers will be used to calibrate the payload that Thales Alenia Space is developing for the satellites of the CO2M mission, part of Europe’s Copernicus program, with OHB as prime contractor of the project.

The CO2M payload will be the first to measure how much CO2 is released into the atmosphere specifically through human activity. The CO2M mission will also measure NO2 to trace C O2 plumes and methane, which is the other main anthropogenic greenhouse gas in the atmosphere.

M Squared’s multi-channel laser system, extending from 400nm in the blue to 2100nm in the SWIR, will be used to calibrate the high-resolution spectrometer being developed by Thales Alenia Space. This advanced instrument will allow determination of highly accurate quantitative measurements of atmospheric carbon dioxide and nitrogen dioxide emissions.

Dr Graeme Malcolm OBE, Founder & CEO of M Squared, commented: “M Squared makes technology that has transformative, real-world, applications that can take on the climate emergency, greatly improve biomedical imaging, realise the next evolution of semiconductors, and now truly unlock the coming quantum age. We are excited to be supporting Thales Alenia Space and OHB System on the CO2M project towards understanding the effects of climate change and supporting the implementation of the Paris Agreement.”