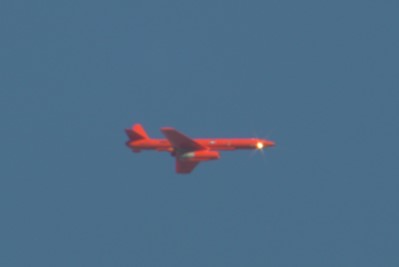 A test drone that was incapacitated by high-energy laser.

Known as the Layered Laser Defense (LLD), the weapon was designed and built by Lockheed Martin to serve as a multi-domain, multi-platform demonstration system.

The drone shoot-down by the LLD was part of a recent test sponsored by the Office of Naval Research (ONR) at the U.S. Army’s High Energy Laser Systems Test Facility at White Sands Missile Range in New Mexico. The demonstration was a partnership between ONR, the Office of the Under Secretary of Defense (Research and Engineering) and Lockheed Martin. 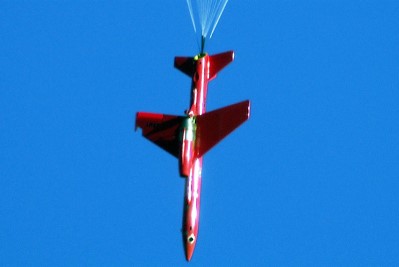 “LLD has the potential to redefine the future of naval combat.”

The LLD testing supports a broader effort by the naval research and development community, partnered closely with the fleet, to mature technologies and field a family of laser weapons that can address multiple threats using a range of escalating options. These capabilities range from non-lethal measures, such as optical “dazzling” and disabling of sensors, to destruction of a target.

The U.S. Department of Defense has long recognized the promise of directed-energy weapons, such as lasers, and continues to prioritize research. Recently, the Under Secretary of Defense for Research and Engineering, the Hon. Heidi Shyu, re-affirmed that directed energy is one of the DoD’s critical technology areas.

Although there is currently no plan to field the LLD, it offers a glimpse into the future of laser weapons. It is compact and powerful, yet more efficient than previous systems. It has specialized optics to observe a target and focus laser beams to maximum effect, while also incorporating artificial intelligence to improve tracking and targeting.

“LLD is an example of what a very advanced laser system can do to defeat significant threats to naval forces,” said David Kiel, a former Navy captain who is a program officer in ONR’s Aviation, Force Projection and Integrated Defense Department, which managed the testing. “And we have ongoing efforts, both at ONR and in other Navy programs, to keep building on these results in the near future.”

During the recent test at White Sands, the LLD tracked or shot down an array of targets—including unmanned fixed-wing aerial vehicles, quadcopters and high-speed drones representative of subsonic cruise missiles. 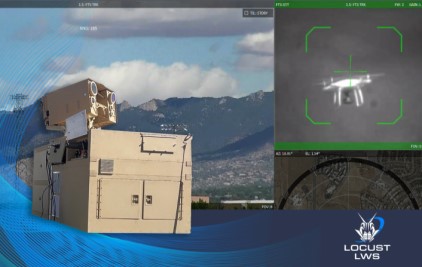 BlueHalo, an Arlington, Virginia-based developer of military and aerospace-related technologies, has delivered its LOCUST system to be integrated into the Palletized High Energy Laser (P-HEL) system.

The JCO intends to evaluate the P-HEL in an operationally relevant environment this spring at Yuma Proving Grounds, to be followed by possible deployment of the system overseas for further evaluation and operational use.

The JCO commented that the LOCUST system had “performed well as part of the integrated P-HEL C-UAS system during a recent risk reduction field event, tracking, engaging, and defeating several UAS targets.” The LOCUST system combines precision optical and laser hardware with advanced software, algorithms, and processing to enable and enhance the directed energy “kill chain”, which includes tracking, identifying, and engaging a wide variety of targets with its hard-kill HEL.