Nanjing University device could be incorporated into smartphones and imaging devices. 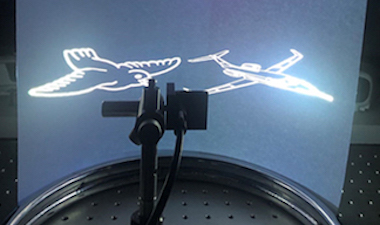 Wide-angle imaging is valuable in many imaging and machine vision operations, but the optics required can present challenges to designers.

A project at China's Nanjing University has now developed a compact camera which uses a metalens array to tackle this task, producing a camera 3 millimeters thick with a viewing angle of 120 degrees.

As published in Optica, the researchers used an array of metalenses in which each individual metalens is designed to focus a different range of illumination angles, and hence image one part of a wider field. The clearest parts of each image can then be computationally combined to create the final image.

"To create an extremely compact wide-angle camera, we used an array of metalenses that each capture certain parts of the wide-angle scene,” said Tao Li of Nanjing University. "The images are then stitched together to create a wide-angle image without any degradation in image quality."

Previous attempts to use metalenses in wide-angle optics have often involved the implementation of fisheye structures, but these designs can present challenges in fabrication and computing resources, or entail sacrificing other imaging parameters such as imaging efficiency or image resolution, according to the project team.

"In most previous work, metalenses act only as substitutes for traditional refractive lenses," noted the group in its published paper. "A highly compact wide-angle imaging system based on a single-layer metalens with good performance has not been realized to date."

To demonstrate the new approach, the researchers used nanofabrication to create a metalens array consisting of silicon nitride nano-posts on a silicon dioxide substrate. This was mounted directly on a CMOS sensor, creating a single-layer metalens array integrated wide-angle camera (MIWC) that measured about 1 cm × 1 cm × 0.3 cm.

This camera then imaged a wide-angle scene created by two projectors illuminating a curved screen surrounding the camera at a distance of 15 cm. The performance of the new planar camera was compared with that of one based on a single traditional metalens while imaging the words "Nanjing University" and other shapes projected across the curved screen.

The planar camera produced an image that showed every letter clearly and had a viewing angle larger than 120 degrees, ie.+/-60 degrees around a center line. The traditional lens could image clearly only with an angle range of +/-20 degrees - one-third of the capability of the MIWC.

The researchers noted that in their design the individual metalenses units were 0.3 millimeters in diameter, and enlarging these to between 1 and 5 millimeters should increase the camera’s imaging quality.

"Thanks to the flexible design of the metasurfaces, the focusing and imaging performance of each lens can be optimized independently," said Li. "This gives rise to a high quality final wide-angle image after a stitching process. What's more, the array can be manufactured using just one layer of material, which helps keep the cost down."