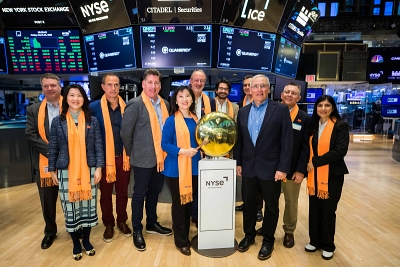 Quanergy Systems, the Silicon Valley lidar company that began trading on the New York Stock Exchange (NYSE) in February, has reported increased sales but wider losses in its first annual financial update as a public company.

That loss figure for 2021 reflected higher operating expenses, as well as a sharp increase in interest repayments, which jumped from $6 million in 2020 to nearly $22 million last year.

However, the special-purpose acquisition company (SPAC) merger completed in February has allowed Quanergy to repay $35 million in secured loan notes and other debts.

According to the firm’s latest filing with the US Securities & Exchange Commission (SEC), loan notes that were used to finance the company in 2020 had been accruing interest at an annual rate of 10 per cent.

Quanergy reported that the SPAC deal had “effectively eliminated” a debt balance of $106 million, and provided near-term access to a $125 million equity facility.

Robotic warehouse trucks
Commenting on the latest results, CEO Kevin Kennedy said: “We are seeing strong end market engagement across our business and the lidar sector as a whole.

“As our industry-leading technology continues to pave the way for new applications and increased penetration of existing fields, Quanergy is well-positioned to capitalize on the tailwinds of increased detection and data collection needs across the world.”

The closing three months of 2021 proved to be Quanergy’s best of 2021, with the Sunnyvale company’s revenues more than doubling year-on-year, to $1.5 million.

The firm also secured orders for more than 1000 sensors, thanks primarily to demand for what Quanergy calls its “security and smart spaces” solutions.

It is expecting to post sales of around $1.2 million for the opening quarter of 2022, but also warned that global supply chain constraints had impacted its ability to fulfil orders according to “normal delivery timelines”.

Among the latest users of Quanergy’s lidar sensors is venture-backed Vecna Robotics, a Massachusetts firm specializing in self-driving fork-lift and pallet trucks.

“Quanergy’s ‘M1’ lidar sensors are key to achieving our objective of democratizing the adoption of robots in the material handling space,” said Vecna’s CTO, Zachary Dydek.

The two firms say that using lidar enables robotic vehicles to navigate a warehouse independently, meaning a human driver is not required.