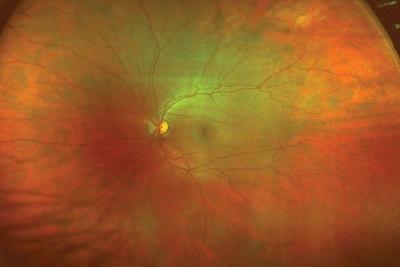 PulseMedica, a medical laser spin-out from the University of Alberta in Edmonton, Canada, has raised $2.6 million in what it says was an oversubscribed round of seed funding.

The startup company is working to develop a real-time imaging and femtosecond laser system for treating retinal diseases including age-related macular degeneration (AMD).

“This seed round brings us one step closer to commercializing a technology that will revolutionize laser treatments for vitreoretinal diseases,” posted the firm on its LinkedIn page, confirming a report at Taproom Edmonton.

Retinopathy trial
According to that report, PulseMedica is planning to demonstrate the safety and accuracy of its imaging system featuring a green laser with an early-stage trial on 10-15 diabetic retinopathy patients in Edmonton.

“Our patented next-generation ultrafast femtosecond laser ophthalmic [platform] will enable treatment for retinal diseases such as AMD and glaucoma, for which there is currently no cure.”

Established in 2018 by co-founders Nir Katchinskiy and Abdul Elezzabi from the University of Alberta, alongside healthcare entrepreneur Eric Martin, PulseMedica recently hired CTO Geoffroy Rivet-Sabourin, an expert in engineering software.

Speaking during a recent episode of the Ophthalmology Innovation & Investment podcast (see video below), PulseMedica CEO Katchinskiy explained that the firm’s strategy was based around the concept of image-guided laser treatment.

“One of the end goals is trying to treat dry AMD,” he said. “Our idea was…can we go into the retina and remove drusen [sub-retinal deposits characteristic of AMD] very accurately, without causing more damage…and to see whether this would slow down the progression to wet AMD.

“[We’re] really focusing on that imaging component, the AI component, to bring that automation and efficiency into the clinic.”

Floaters
Katchinskiy also suggested that a likely initial target application for the technology - following validation of the system’s imaging accuracy with the diabetic retinopathy study - could be for treating so-called “floaters”.

A very common visual defect, especially in older people, floaters are usually caused by a harmless process called posterior vitreous detachment (PVD), where the gel inside an eye changes - although the effect can sometimes be caused by retinal detachment.

“It wasn’t one of the first things that we thought of doing, but as we built the company, and as we talked to people, we started to understand the need for floater treatment,” Katchinskiy continued, adding that cataract patients were among those most likely to benefit from such treatment because of more serious optical effects sometimes caused by intraocular lenses.

“There isn’t a lot out there for floaters, and our technology is very suitable for it. There’s also a massive engineering challenge that we’ve already overcome. We’ve found a methodology…to detect the floaters, and to track them, and the next step is to treat them.”

Speaking in the same podcast episode, entrepreneur Lahav Gil, an “executive advisor” to the company, pointed out that the core PulseMedica technology platform should be able to serve a variety of applications.

“It gives us a lot of options, and the driving force is to create meaningful impact for patients,” Gil said.