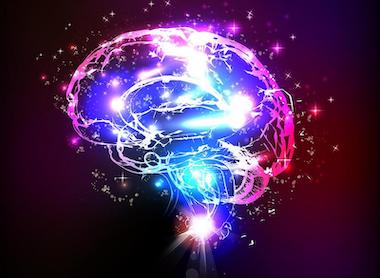 You must remember this: improved recall

Interactions between light and the neurons of the brain are the basis for a range of biophotonics techniques, including the burgeoning field of optogenetics and the mapping of neuronal activity.

A project at the University of Birmingham and Beijing Normal University has now investigated how light can influence the working memory (WM), the ability to actively store useful information in the mind over relatively short timescales.

Studies into whether external stimuli such as electric current or magnetic fields can affect the WM have been carried out before, but this is the first study into how transcranial photobiomodulation (tPBM) might be linked to the WM in humans, according to the project. The work was published in Science Advances.

"People with conditions like ADHD or other attention-related conditions could benefit from this type of treatment, which is safe, simple and non-invasive, with no side-effects," commented team member Dongwei Li.

The action of tPBM on the brain, through the illumination of the outside of the skull in suitable locations, offers a way to modulate metabolic processes through a potentially complex series of interactions involving the mitochondrial respiratory chain and cell signalling pathways.

In the case of memory retention, the project theorized that tPBM might improve oxygen consumption and metabolic energy in the brain's prefrontal cortex (PFC), an effect previously observed in rats. To test the theory on human brains, the team developed a tPBM protocol in which light was delivered to the prefrontal cortex (PFC) of a subject's brain from the outside of the head for 12 minutes.

The trial involved 90 male and female participants aged between 18 and 25. The subjects received laser light at either 1064 or 852 nanometers delivered to the right or left prefrontal cortex. An inactive tPBM was also employed in the study to rule out the placebo effect.

Tests for subsequent change in WM included tasks relating to detecting variations in the orientations and colors of objects, with follow-up tests examining the specificity of tPBM in terms of light wavelengths and stimulation sites.

The choice of wavelength is likely to have a significant effect on the results of tPBM treatment. The ideal laser light will need to combine the ability to travel deeper into the tissues from an exterior source, and the best absorption of light by the mitochondrial respiratory chain thought to be influencing the improvement.

"We found that tPBM with 1064 nanometers specifically boosted the behavioral performance of the participants," noted the project in its paper. "Such behavioral modulations were not observed for tPBM at 852 nanometers."

Further research will now aim to understand the exact mechanisms behind the beneficial effect, as well as the influence of parameters such as power density and pulse structure.

"It's possible that the light is stimulating the astrocytes, the power plants, in the nerve cells within the prefrontal cortex, and this has a positive effect on the cells' efficiency," said Birmingham's Ole Jensen. "We will also be investigating how long the effects might last. Clearly if these experiments are to lead to a clinical intervention, we will need to see long-lasting benefits."