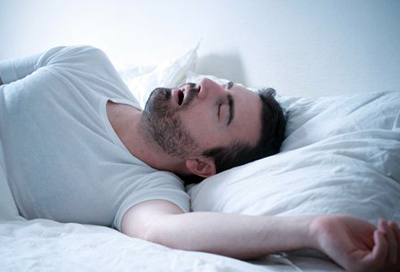 Millions of people worldwide suffer from Obstructive Sleep Apnea (OSA), a disorder that occurs when a person’s breathing is frequently interrupted during sleep. OSA is the most common type of sleep apnea syndrome and it occurs when the soft tissue in the back of the throat collapses during sleep and blocks the passage of air. This can occur sometimes hundreds of times during the night.

This means that the brain – and the rest of the body – may not receive enough oxygen, and, over time, chronic OSA leads to permanent alterations in brain circulation with the risk of causing severe health problems including high blood pressure, heart failure or heart attacks, and even strokes.

The mechanisms responsible for this disorder remain partly undiscovered. However, what is clear is that OSA alters the basic control mechanisms for regulating cerebral blood flow (CBF) by decreasing resting CBF, impairing autoregulation and reducing cerebrovascular reserve capacity.

There are several existing techniques for monitoring the state of cerebral vasoreactivity (CVR) in patients. However, many of these techniques are expensive, have limited availability and some are invasive and require exposure to ionizing radiation. For example, Transcranial Doppler ultrasound (TCD) is one of these implemented techniques, although its accuracy is sometimes questioned and it can only insonate the major cerebral arteries.

But now a novel photonics-based approach offers a promising alternative method for assessing and treating the problems associated with sleep apnea.

In a recent study published in PLOS ONE, researchers at ICFO, Barcelona, have reported on the development of a non-invasive, portable optical device, capable of continuously monitoring cerebral blood flow of patients with OSA at the patient bedside. The development has been achieved by the team of Clara Gregori-Pla , Gianluca Cotta, Igor Blanco, Peyman Zirak, Martina Giovannella, led by ICREA Prof. at ICFO Turgut Durduran.

The device, which uses Diffuse Correlation Spectroscopy, measured CBF at a microvascular level, a major improvement compared to TCD that can only measure at a macro-vascular level.

Problem may be reversible

The scientists have shown that the cerebral vasoreactivity (CVR) is impaired in patients suffering from moderate and severe OSA, possibly indicating an increased risk of cerebrovascular accidents. They also found that CVR improved with a two-year treatment of positive airway pressure treatment in a small group of compliant patients, suggesting that cerebrovascular impairment may be reversible, at least in part, with the treatment.

The ICFO team concludes that the results of this study “show a promising future for non-invasive optical devices as continuous monitoring devices that could make a difference for clinicians allowing them to adjust in real-time the type of treatment they are delivering to patients in order to radically improve their outcome”.

The study was inspired and designed by a collaboration with the Department of Respiratory Medicine at the Hospital de la Santa Creu i Sant Pau also in Barcelona, led by Dr. Mercedes Mayos, Anna Mola and Ana Fortuna.