Deal to combine overlapping efforts, regarded as the first major merger in the lidar sector, should be completed by mid-2023. 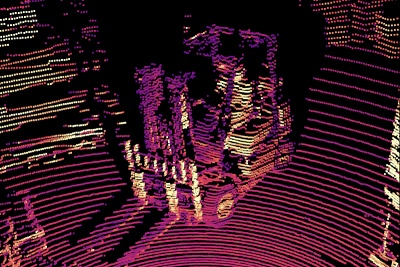 Ouster and Velodyne, two of the many lidar firms to have listed on the stock market via special-purpose acquisition company (SPAC) deals over the past couple of years, are set to merge.

Targeting applications in the automotive and industrial sectors, the all-stock deal will see the existing shareholders of each company take a 50 per cent share in the merged entity.

Described by Velodyne CEO Ted Tewksbury as the “first major merger in the lidar industry”, the move is intended to reduce product costs, reaching price points compatible with mass adoption and competitive with similar sensors using cameras or radar technology.

Ouster CEO Angus Pacala said that the merger of equals was the best way for the two firms to build scale strategically, and would help to usher in a “new age of autonomy”.

Assuming that both sets of shareholders approve the plan, Pacala will become CEO of the combined company, with Tewksbury assuming the role of executive chairman.

Within 9 months of closing the deal, the two executives expect to eliminate at least $75 million in annual costs, while the combination should leave a cash pile totaling around $355 million at completion.

For comparison, both Ouster’s and Velodyne’s quarterly operating expenses currently stand at between $35 million and $40 million - suggesting that the merger would cut combined annual operating costs by around 25 per cent, to somewhere in the region of $225 million.

According to the most recent available sales figures, the firms’ combined quarterly revenues are in the region of $23 million, meaning that significant further revenue growth would still be required to reach breakeven.

But despite that early-mover advantage, and having shipped more than 73,000 sensors to date, Velodyne has endured a difficult couple of years, with sales revenues declining sharply amid a regular turnover of senior executives.

That turmoil was partly the result of a boardroom clash that saw company founder and major shareholder David Hall trade accusations of theft and libel with Velodyne executives, prior to Tewksbury’s appointment.

Ouster is one of dozens of venture-backed startups to have targeted the lidar sector in more recent years, raising $60 million in 2019, and another $42 million a year later.

SPAC deals; cash burn
In mid-2020, Velodyne became the first lidar company to list on the Nasdaq via a SPAC agreement, raising $150 million in a deal with Graf Industrial. Ouster made its debut on the New York Stock Exchange in March 2021, thanks to a $300 million SPAC with Colonnade Acquisition Corporation.

Both companies have been burning through cash ever since, with Velodyne losing more than 90 per cent of its initial valuation. Ouster’s stock has fared little better, and the company recently said it would reduce its workforce by around 10 per cent, but its sales are at least heading in the right direction.

Releasing its latest financial results on the same day as the merger news, Ouster posted revenues of $11.2 million in the September quarter, up 44 per cent on the same period last year following the sale of more than 2000 sensors - mostly for industrial applications including material handling, drone inspection, and robotic security.

Pacala said that he had followed Velodyne “from the very beginning”, claiming that it had effectively founded the 3D lidar sector, “kick-started” the wider world’s lidar education, and built the industry’s first high-performance sensors.

“This makes Velodyne the ideal company for Ouster to merge with, to accelerate the adoption of affordable, performant (sic) lidar technology and solutions,” he said. “Together, we’ll have the resources, technology, team, and commercial strategy to build a safer and more sustainable future powered by lidar.”

Industry veteran Clement Kong has been hired to lead sales in the Asia Pacific region, while the new teams will support sales, technology development, and manufacturing efforts.

“Our new European and Asian teams will focus on the development and manufacturing of our 4D lidar technology as well as supporting key customers in our automotive and industrial segments,” said Aeva CEO Soroush Salehian.