Ouster to cut workforce by 10%

SPAC-funded lidar firm reducing headcount by around 30 as part of wider ‘streamlining’ effort to preserve cash. 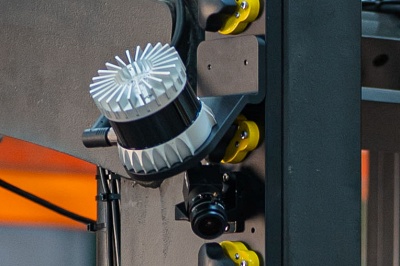 Ouster, one of several firms developing lidar technology to have raised money through a special-purpose acquisition company (SPAC) listing in recent years, is set to cut its workforce by 10 per cent as part of a wider cost reduction effort.

The San Francisco startup, which raised nearly $300 million in gross proceeds via its March 2021 SPAC deal, currently employs around 290 people, according to a recent US Securities & Exchange Commission (SEC) filing.

Ouster says that it is “executing a multi-pronged strategy” to reduce gross cash spending in 2023 to $107 million - around 15 per cent lower than the anticipated total this year.

Cash burn
Aside from the headcount reduction, that will include lower capital expenditures, and adjusting its build-up of inventories. The company has also been raising additional cash via loans and the stock market, and is now looking to accelerate sales growth with the forthcoming launch of its “L3” lidar chip.

“We are laser-focused on bolstering our path to profitability and minimizing capital requirements,” said CEO Angus Pacala. Ouster's compact sensors are typically based around vertical cavity surface-emitting laser (VCSEL) arrays.

According to the firm’s most recent quarterly report, Ouster had just under $160 million in cash and equivalents on its balance sheet as of June 30.

The same report saw Ouster post an operating loss of $33.2 million on quarterly sales of $10.3 million, with the company burning through more than $55 million in cash during the first half of this year.

Around a year ago Ouster acquired Sense Photonics to better target automotive lidar applications, and - thanks partly to that transaction - Pacala predicted back in March that the firm’s annual sales would rise to somewhere between $65 million and $85 million in 2022, up from $33.6 million in 2021.

However, last month that outlook was cut to just $40 million-$55 million, with Pacala and his executive team blaming “ongoing macroeconomic pressures”. A number of large deals are said to be delayed, or now staggered over a longer period of time than previously anticipated.

Ouster’s CFO Anna Brunelle said at the time: “By revising our revenue guidance for this year and taking prudent financial measures to ensure access to capital in the current environment, we are better positioned to navigate headwinds, while simultaneously scaling the business to achieve industry-leading growth.”

$50M term loan
Despite the latest cost-cutting measures, Brunelle claims that Ouster is still “well-positioned to emerge as the market leader” this year.

“We continue to deliver best-in-class hardware, capture market share, progress toward achieving product- and safety-specific certifications, and build a robust software ecosystem to expand our addressable market,” said the CFO.

“We identified areas of the business where we can operate with greater efficiency, allowing us to further execute on our strategic initiatives and deliver high-performance products to our hundreds of customers in order to bolster our path to profitability.”

The June quarter also saw Ouster draw down $20 million from a $50 million term loan facility, and raise approximately $15 million through "at the market" sales of its common stock that have now been suspended.

Having initially traded around $15 on the New York Stock Exchange after the SPAC deal was completed, Ouster’s stock has steadily lost value and is currently changing hands for just over $1.