Losses widen as the startup firm works to scale manufacturing at sites in Mexico and Thailand. 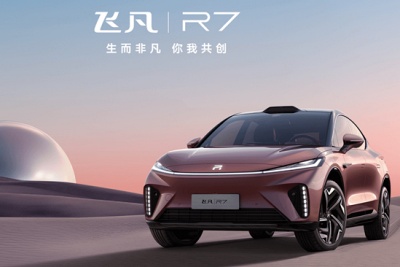 Luminar Technologies, the US startup company that is pioneering the deployment of lidar in the automotive industry, says it has achieved a key production milestone, with major Chinese car maker SAIC Motor adopting the technology in its new “R7” electric vehicle.

News of that launch, part of SAIC’s latest “RISING AUTO” brand, comes just a week before Volvo is scheduled to unveil its “EX90” electric SUV, which will include Luminar’s “Iris” lidar system as standard.

Volvo subsidiary Polestar is also set to deploy Luminar’s Iris systems as an option in its “Polestar 3” vehicles, starting next year.

“With the start of series production, autonomous technology has for the first time evolved from research and development into consumer production vehicles.

“The team and I couldn’t be more proud to bridge that chasm with China’s largest automaker and power what is set to be their most advanced and safest vehicle on the road.”

Monumental
The latest quarter saw Luminar post an operating loss of $115 million on sales of $12.8 million, with the company’s net cash burn reaching $134 million for the year to date.

Describing the latest accounting period as a “monumental quarter” for the company, Russell told investors that Luminar was on track to hit each of its key milestones set for 2022 - including the series production launch, and 60 per cent year-on-year growth in revenues.

“We're breaking out of the pack of ‘moonshot’ R&D efforts, and into the first autonomous company that's delivering this capability into production consumer vehicles,” he claimed. “We're now both in series production and launching with our first major automaker.

“In a world of over-promising and under-delivering for autonomous vehicles, we aim to be the standout that under-promises but over-delivers, [that] will help make this industry happen, and [get it] into the hands of consumers. And I think today is evidence of exactly that.”

Serious production
Among the firm’s key priorities right now is scaling up production of its lidar systems at manufacturing sites in Mexico and Thailand, with CFO Tom Fennimore saying that a facility for final assembly under construction in Mexico should be ready in the second half of 2023.

Luminar is also set to demonstrate the beta version of its new “Sentinel” software at the Consumer Electronics Show (CES) event in Las Vegas early next year, traditionally the launchpad for new autonomous vehicle technologies.

In their outlook for the final quarter of 2022, Russell and Fennimore said that anticipated sales of between $11 million and $13 million should bring the annual total to somewhere between $40 million and $45 million.

“We continue to invest in our business in a disciplined manner, to prepare for serious production.”