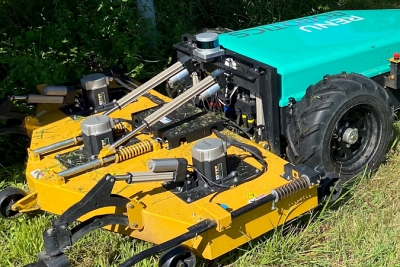 Executives at Velodyne Lidar have exchanged a new round of missives with estranged company founder David Hall, including accusations of theft, “broken corporate governance”, conflicts of interest, and libel.

In his latest letter to the Velodyne board, Hall, whose wife Marta remains a major shareholder and company director, welcomed the recent resignation of former CEO Anand Gopalan - something he had called for in a previous letter.

Dated August 23, the latest letter accuses Velodyne’s new chairman Michael Dee of both poor performance and a “lack of relevant skills”, with Hall now calling for the resignation of both Dee and fellow director Hamid Zarringhalam.

Dee was appointed to the chairman role just a few weeks ago, while Zarringhalam is a corporate VP at key partner Nikon, and joined the Velodyne board in February.

In addition to that, Hall believes that Velodyne is now looking to transfer its lidar expertise to the Japanese camera giant Nikon, with which the firm has a long-standing relationship.

Nikon recently agreed a separate partnership with Aeva, another Silicon Valley lidar firm that, like Velodyne, has now completed its own SPAC merger and Nasdaq listing.

“I question how moving the best of [Velodyne’s] portfolio of technology to Nikon benefits stockholders whatsoever,” Hall wrote.

“It seems as if this move greatly benefits director Hamid Zarringhalam, an executive employee of Nikon, who is acting within a disabling conflict of interest in making decisions that seemingly benefit Nikon, when he should be focused on what is best for Velodyne Lidar and its stockholders.”

That alleged misconduct involves claims of theft - with Velodyne’s board accusing Hall of stealing trade secrets to further his personal business ventures.

An initial, procedural hearing about those allegations is due to be heard September 2, added the company. Regarding the relationship between Velodyne, Nikon, and Zarringhalam, the company was unequivocal, stating:

Meanwhile Marta Hall, who was replaced as Velodyne’s chief marketing officer earlier this year, has filed her own formal accusations against the company, claiming that it engaged in both sexual discrimination and retaliation.

Velodyne’s stock price has fallen in value significantly after details of the boardroom clash first emerged earlier this year. Since the start of 2021, Velodyne’s Nasdaq-listed stock has slumped from around $25 to its current valuation of just over $7.

Cash burn
In its most recent quarterly financial results filing, the company posted a significant fall in sales, alongside an operating loss of more than $90 million.

“As the largest stockholder in Velodyne Lidar, I have repeatedly requested information from the company regarding the facts and circumstances that led to the significant decline in value,” wrote Hall in his August 23 letter.

“The company has repeatedly declined to provide critical reports and information on grounds of “privilege”.

Rather than appoint a new CEO following Gopalan's departure, Velodyne has instead decided to establish an “office of the CEO” system where responsibilities of the lead role are shared among other executives while a successor to Gopalan is sought.

Hall says that although the board of directors now has the chance to appoint a new CEO with significant technology and public company board experience, he believes that even this will not fix what he sees as the “broken corporate governance” at Velodyne.

“I am calling for Messrs. Dee and Zarringhalam to resign from the [board of directors] so that new blood can join the boardroom to help the company revitalize its culture and return to its position at the forefront of lidar technology innovation,” he concluded.