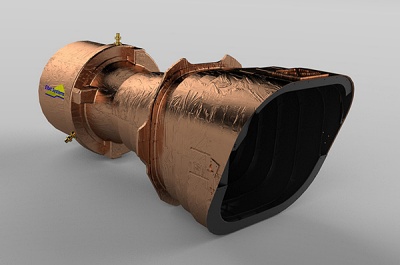 Deep-UV eye on the sky

Israeli defense firm Elbit Systems has won a $16 million contract to provide an ultraviolet space telescope for the Weizmann Institute of Science.

Procured under Israel's Ultraviolet Transient Astronomy Satellite (ULTRASAT) program, which is jointly managed and funded by Weizmann and the Israeli Space Agency - in association with Germany’s DESY research center - the contract covers a period of two years.

“Elbit Systems will develop, manufacture and integrate a highly sensitive, wide field of view (200 square degrees) ultraviolet space telescope that is intended to help scientists in understanding the creation of heavy elements, black holes, and gravitational waves and discover astronomical phenomena such as supernovae,” announced the Haifa-headquartered firm.

220-280 nm wavelength range
While better known for its military systems activities, Elbit has a record of providing space cameras, satellites, and other electronic instruments to space programs in Israel, the US, Europe, South Korea, and Brazil.

According to the Weizmann Institute’s overview of the ULTRASAT mission, a miniature satellite will carry the telescope into a geostationary orbit, from where it will observe deep-ultraviolet light in the 220-280 nm wavelength range.

“ULTRASAT will revolutionize our understanding of the hot transient universe,” states Weizmann in its description of the program, which was expected to have a total cost of around $70 million when details were revealed in August 2019.

The telescope is expected to have a broad scientific impact across the fields including the study of gravitational wave sources, supernovae, variable and flare stars, active galactic nuclei, tidal disruption events, compact objects, and galaxies.

All ULTRASAT data will be transmitted to the ground in real-time, with transient alerts distributed to the community in less than 15 minutes.

One of the key science goals is to detect electromagnetic radiation associated with gravitational wave events, for example caused by the distant collisions of black holes and neutron stars.

“Such detections will be the key to using these events for addressing fundamental physics questions, such as the origin of the heaviest elements and the expansion rate of the universe,” states the Weizmann team.

Rapid slewing
ULTRASAT will be able to slew across more than half of the sky within minutes of such events being sensed, and with a wide field of view it should be able to cover the areas of the sky where gravitational-wave events are thought to have originated.

Because of the nature of gravitational wave detection, and the small number of interferometer detectors currently operating, it is not always possible to pinpoint the exact location of the collisions that caused the cosmic “ripples”.

However in 2017, astronomers were able to make the first observation of both gravitational waves and electromagnetic radiation from the same source - a merger of two neutron stars - that caused a gamma-ray burst and associated light signals across the spectrum.

On that occasion a minute-long gravitational wave signal was quickly followed by a gamma-ray burst, and within 24 hours several large optical and infrared telescopes were able to observe a new bright-blue “kilonova” in the night sky, before it turned red and rapidly faded from view.

From spectroscopic observations made at the time, astrophysicists were able to confirm the formation of large amounts of gold and platinum from the collision - in the process solving the long-standing mystery of how such heavy elements are formed.

As well as making it easier to spot any deep-UV radiation produced by such collisions, ULTRASAT should be able to alert astronomers on Earth very quickly, so that they can carry out follow-up spectroscopy and monitoring of any optical and infrared emission that arises after the gravitational ripples are first felt.

If all goes according to plan, ULTRASAT is planned to have a three-year operational life in its geostationary orbit.

“ULTRASAT is groundbreaking both in terms of science and in terms of implementation,” states the Weizmann Institute. “If successful, we will demonstrate that breakthrough science can be achieved by small satellites at an affordable cost [in the region of $100 million including launch], leading the way to future similar missions.”