German project enables automatic control of 100 lasers via the cloud 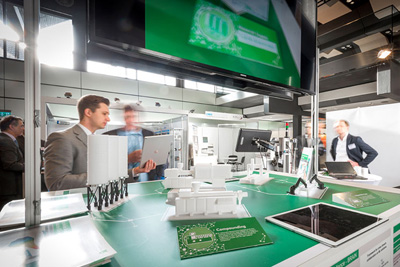 IKV presents potential and added value of IT and material-networked production.

In the Cluster of Excellence Internet of Production, 200 scientists at RWTH Aachen University, Germany, in cooperation with collocated Fraunhofer ILT, have established a data center-based system for the control and monitoring of industrial processes.

The concept for this is based on a project for controlling laser systems developed at the ILT and using the open source software Kubernetes.

A corresponding system has been running successfully at the ILT for two years, and with it the institute can automatically and remotely install the software for new lasers in just a few minutes.

An ultrashort pulse (USP) laser can ablate almost any material with micrometer precision. Numerous sensors control the machine and guide the laser process. The software that controls the components and reads the data from the sensors is accordingly diverse.

In industrial production, many such systems are often used in parallel, and it is not uncommon to have 50 of them side by side. But how can their software be installed efficiently? And how can they be controlled centrally?

Moritz Kröger, a research associate at the Chair for Laser Technology LLT at RWTH Aachen University, an associated chair at Fraunhofer ILT, was faced with precisely this question. Kröger commented, “With the current programmable logic controllers, you can control one device quite well, but hardly a dozen or even 100 at the same time. So we completely reprogrammed the machine control system.

“This allowed us to rely on proven open source software right from the start, which gives us more compatibility and development options for distributed systems,” he said. 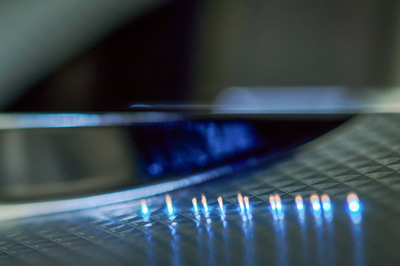 In this way, the institute is able to control and optimize laser processing operations that must take into account, for example, data from the scanner controls, sensor data from different sources and analysis data during the ongoing process. The control system is now running stably in the beta phase at the ILT.

This potential has been recognized at RWTH Aachen University. As early as 2019, the concept was adopted by the Fraunhofer ILT for a data center at the university. In the Internet of Production cluster, engineers work on the digitalization of manufacturing technology.

“In five minutes, we can implement the software and hardware connection for a new laser, including integration into the cloud-based environment,” said Kröger. Research is currently being conducted into the automatic evaluation of measurement data.

The goal is to combine data from as many systems as possible and have it graphically prepared for users. In the future, the process on the laser systems is to be optimized from the data in the field of artificial intelligence via machine learning.