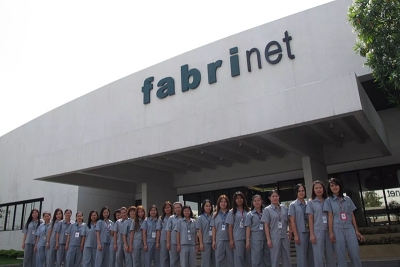 Solid demand across a number of applications have helped optical manufacturing services company Fabrinet to another record-breaking quarter.

Reporting the Thailand-headquartered firm’s best-ever quarter in terms of both sales and income, CEO Seamus Grady said that booming demand for optical communications, silicon photonics, and automotive applications each contributed to the strong current momentum.

“For the third quarter in a row, we delivered record revenue that exceeded our guidance,” Grady said. “Notably, we saw sequential revenue growth from all the end markets that we track combined with improving operating margins, both of which helped generate record net income.”

At just over $479 million, Fabrinet’s sales were up 17 per cent on the same period last year, while pre-tax income of $39 million compared with $29 million a year ago.

Silicon photonics
Outlining some of the details behind the upswing, Grady told an investor call that strong business with key customer Cisco - including a major program transfer for optical transport completed ahead of schedule - helped push the firm’s optical communications business to a new high of $362 million.

Sales related to silicon photonics also rose steadily, and accounted for $105 million of Fabrinet’s revenues in the latest quarter - equivalent to 22 per cent of company turnover.

While Fabrinet also reported strong growth in non-optical applications - largely related to automotive electronics including pressure and temperature sensors - the company also appears to be making progress in the burgeoning lidar sector.

“What we've learned over all these years in putting these optical products together is very complementary to the lidar products,” Grady told an investor conference call discussing the latest results.

“Our customers tell us that, and they tell us that we're developing a reputation among the discerning lidar customers for being really good. We...feel [that] we're the go-to supplier, if you like, in the optical space, [and] we want to develop that same reputation in the lidar space.”

II-VI-Coherent merger
Another important area for Fabrinet is industrial lasers, where sales revenues of $36 million in the three months ending March 26 rose 7 per cent on the closing quarter of 2020.

Asked about the potential impact sparked by the pending merger of II-VI and Coherent in that market, Grady pointed out that each of the photonics companies involved in the bidding war to acquire Coherent were already customers of Fabrinet.

While stressing that the merger deal was not yet approved by regulators or shareholders, the Fabrinet CEO said that II-VI appeared to have set some stiff targets for “synergies” - cost savings associated with the merger - and that Fabrinet could help it to hit those targets.

“We're looking forward to engaging when the time is right,” he added. “We have never had a preference as to which company would have been better for us to have acquired [Coherent]. We're happy to work with everybody.”

• For the current quarter, which ends June 25, Grady and his executive team currently anticipate that sales will tick up to around $485 million, along with a slight increase in profitability.

Following that outlook, Fabrinet’s stock price held steady despite wider falls on the Nasdaq and other markets, apparently on fears of rising interest rates. Currently trading at around $85, the company commands a market capitalization of just over $3 billion.