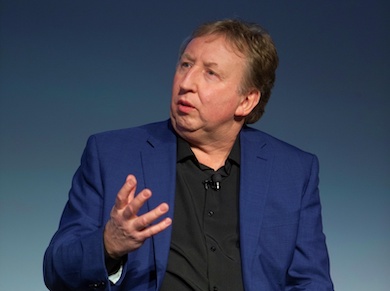 Graham Reed: progress towards better lives around the world.

A new project coordinated by the Optoelectronics Research Centre (ORC) at the University of Southampton aims to extend silicon photonics devices into new applications.

Backed by £5.8 million from the UK's EPSRC funding agency, the five-year program intends to "unleash the full potential of integrated mid-infrared photonics," according to the project.

MISSION, named for Mid-Infrared Silicon Photonic Sensors for Healthcare and Environmental Monitoring, also includes as partners the universities of York and Sheffield, as well as the Southampton-based National Oceanographic Centre (NOC).

"I'm delighted that the EPSRC has chosen to trust us with this important technology development work," said Principal Investigator Graham Reed of Southampton's Silicon Photonics Research Group. "We have put together an exceptional multidisciplinary team that I am confident can collectively make huge progress towards better lives for people around the world."

Silicon photonics continues to break new ground, as proven by Reed's discussions during SPIE Photonics West earlier this year about the latest applications in datacoms and 3D imaging, and the technology has been said to have "endless potential" in applications beyond datacoms. The MISSION project now intends to extend the use of silicon photonics into some of those novel application areas.

"This new research will aim to bring the benefits of this technology to a range of new applications that could be manufactured at a mass scale to solve societal challenges and transform peoples' lives," said the project in its kick-off announcement.

"Currently silicon photonics applications operate in the near-infrared wavelength range, 1.2 to 1.6 microns. Key to this project will be the development of chip-scale sensors in the mid-IR wavelengths of 3 to 15 microns, the fingerprint region where sensors can spot unique identifiers in biological and chemical molecules."

Species with strong absorption fingerprints in the mid-IR region include carbon dioxide, alcohols and some organic proteins, so novel sensor technology could address challenges in healthcare, environmental monitoring, industrial process control and security.

In its project literature, MISSION indicates that integrated mid-IR photonics is in its infancy, compared to more established manufacture of bulk optics mid-IR devices. Hence many mid-IR components and circuits that would be useful in new applications have either not yet been developed, or currently show inferior performance compared to visible and near-IR counterparts.

Current plans for MISSION foresee the development of mid-IR waveguide technology, light sources, detectors, and the implementation of the key optical sensing technologies on-chip by the project partners. Clinical expertise from University Hospital Southampton and environmental experts at NOC will provide real-world perspective on clinical and environmental applications.

"We will realise low cost, mass manufacturable devices and circuits for biomedical and environmental sensing; subsequently improve performance by on-chip integration with sources, detectors, microfluidic channels, and readout circuits; and build demonstrators to highlight the versatility of the technology in important application areas," MISSION states.

Those focus areas will initially include sensors to detect the proteins in blood that can indicate certain forms of cancers, allowing "liquid biopsy" tests in clinical settings; and low-cost sensors for domestic or clinical measurement of therapeutic drug concentrations, to reduce outpatient appointments in NHS hospitals.

A third goal will be monitoring of greenhouse gas emissions from the ocean, where current analysis of carbon dioxide, methane and nitrous oxide exchange between the atmosphere and the oceans requires large fragile systems on ships with high carbon footprints. Miniaturized sensing technology will transform measurement of the impact of climate change mitigation strategies, commented the project.

"We expect MISSION to make a big impact, and pave the way for future compact sensors for a range of applications," said project manager Goran Mashanovich from the ORC.