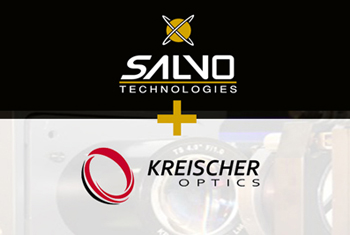 Kreischer Optics is now a division of Salvo Technologies.

Kreischer is a manufacturer of complex optical components used in multiple sectors including the semiconductor, medical imaging, entertainment, security and defense markets, as well as commercial and optical metrology industries.

The acquisition (the terms of which were not disclosed) increases Salvo Technologies’ manufacturing base, and adds complementary asphere and complex optical fabrication capabilities. Salvo says the deal will allow it to better serve its existing customer base.

Former Kreischer president Barry Tyler has been named the Director of Optical Fabrication at Salvo and president of Kreischer Optics, now a division of Salvo Technologies.

“This acquisition completes a series of strategic moves to upgrade our manufacturing capabilities both through organic growth and investment, as well as acquisitions like Kreischer,” commented John Dougherty, VP of Sales at Salvo Technologies. 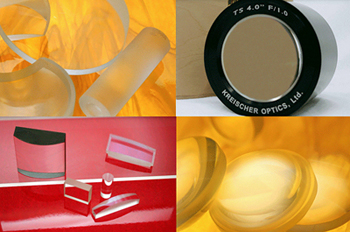 “Pair this with our internal investment in new CNC optical manufacturing equipment and coating platforms, and Salvo is now is at the scale of much larger manufacturers that just a year ago seemed out of reach,” Dougherty contined.

Tyler, president of Kreischer Optics, commented “The Salvo platform allows our group to enjoy a synergistic expansion. We are already working on projects that will double the size of the company in the first year.

“The added capabilities that Salvo brings means that we can further serve our existing customers and reach new ones that we were unable to in the past. Kreischer is now poised to grow exponentially.”

Salvo’s statement concluded, “There will be no change in service or supply in the near term. The company will look at consolidating operations to increase efficiency in the future.”