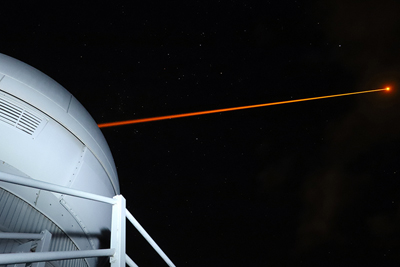 Researchers at The Australian National University (ANU) have harnessed a technique that helps telescopes perceive objects in the night sky more clearly with the aim of combating dangerous and costly space debris.

The researchers’ work on adaptive optics, which removes the haziness caused by turbulence in the atmosphere, has been applied to a new “guide star” laser for better identifying, tracking and safely moving space debris.

ANU says that space debris is a major threat to the $700 billion of space infrastructure delivering diverse, critical services around the globe each day: “With laser guide star adaptive optics, this infrastructure now has a new line of defense.”

The optics that focus and direct the guide star laser have been developed by the ANU researchers with colleagues from Electro Optic Systems (EOS), RMIT University, as part of the Space Environment Research Centre (SERC).

EOS will now commercialize the new guide star laser technology, which could also be incorporated in tool kits to enable high-bandwidth ground to space satellite communications.

The laser beams used for tracking space junk use infrared light. In contrast, the new guide star laser, which is mounted on a telescope, propagates a visible orange beam into the night sky to create an artificial star that can be used to accurately measure light distortion between Earth and space. 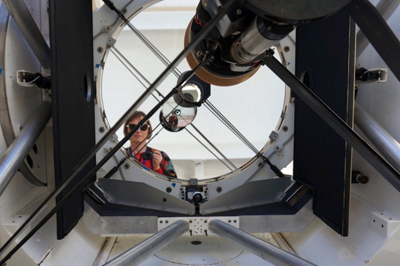 This guiding orange light enables adaptive optics to sharpen images of space debris. It can also guide a second, more powerful infra-red laser beam through the atmosphere to precisely track space debris or even safely move them out of orbit to avoid collisions with other debris and eventually burn up in the atmosphere.

Lead researcher, Professor Celine D'Orgeville from ANU, said adaptive optics is like “removing the twinkle from the stars.

“But that's a good thing,” she added.

“Without adaptive optics, a telescope sees an object in space like a blob of light. This is because our atmosphere distorts the light travelling between the Earth and those objects.

“But with adaptive optics, these objects become easier to see and their images become a lot sharper. Essentially, adaptive optics cuts through the distortion in our atmosphere, making sure we can clearly see the incredible images our powerful telescopes capture.

“This includes small, human-made objects like weather and communication satellites, or space junk. That's why this development is such an important breakthrough when it comes to our efforts to clear our night skies of the ever-increasing clutter of space debris.”

The EOS guide star laser and the ANU adaptive optics systems are located at the ANU Mount Stromlo Observatory in Canberra, Australia. The ANU researchers will now work with EOS to test the new technology and apply it to a range of other applications including laser communications between the Earth and space.

The partners describe it as “an exciting development that will help to safeguard the wide range of vital applications of space technology in the 21st century.” The research was funded by the Australian Government's Cooperative Research Centre Program, EOS, ANU, RMIT University and partners in Japan and the USA.