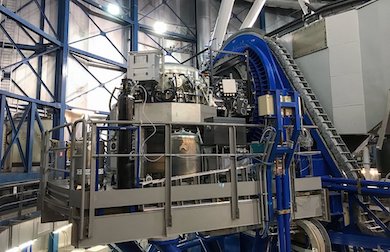 On the lookout: CRIRES+

CRIRES+, built by ESO and a five-strong European consortium, is an evolution of the CRIRES instrument operational at Paranal since 2006.

The first CRIRES, or CRyogenic high-resolution InfraRed Echelle Spectrograph, was located at Unit Telescope 1 of the VLT. CRIRES+ has been installed at UT 3, to extend the work of its predecessor and search for super-Earth exoplanets, worlds larger than Earth but smaller than our solar system's gas giants.

"CRIRES+ will be the only high-resolution infrared spectrograph mounted on an 8-metre class telescope equipped with a state-of-the-art adaptive-optics system," commented Artie Hatzes of the Thuringian State Observatory, the Principal Investigator of the project.

"This will make it a game-changer in the study of exoplanets and low-mass stars. In particular, CRIRES+ will be unsurpassed in its ability to study exoplanetary atmospheres using ground-based observations."

Both old and new instruments are echelle spectrographs, an architecture using planar gratings as a route to high resolution and dispersion, alongside adaptive optics to correct atmospheric interference. CRIRES operated in the IR band of 0.92 to 5.2 microns, but the wavelength range covered in a single exposure was limited to 15 nanometers, which proved to be a limitation.

CRIRES+ is designed to be a cross-dispersed spectrograph, in which spatially coincident orders of light are separated in the camera focal plane. Introducing cross-dispersion elements can increase the simultaneously covered wavelength range by a factor of 10, according to ESO, while preserving the overall operational range.

CRIRES was considered to be the last of the first generation instruments installed on the VLT, the complement of instruments foreseen at the construction of the telescope.

From October 2021, the next-generation CRIRES+ will help search for super-Earths in habitable zones of low-mass stars, where the chance of finding planets that can support life is considered to be higher. CRIRES+ can also be used to probe the chemical composition of exoplanet atmospheres, and study the origin and evolution of stellar magnetic fields.

"CRIRES+ is accessing a parameter space up to now largely uncharted at the VLT," said project manager Reinhold Dorn.

ESO impacts on society and business 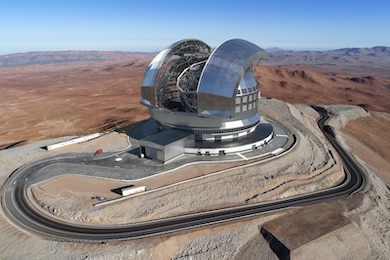 ESO has also recently published ESO's Benefits to Society, a document presenting the organization's contributions to its Member States across five areas: science and engineering, economy and innovation, talent development, education and outreach, and international collaboration and policy.

The 16 full members of ESO, including the United Kingdom whose involvement in the intergovernmental organization has continued unaffected by Brexit, contributed €162 million to the organization in 2017, the most recent year for which full data is available.

The ESO brochure makes the case for astronomical science as a field of research that serves to enrich humanity's understanding of the cosmos, including a direct involvement in the 2011 and 2020 Nobel Prizes in physics, while also spurring economic growth and innovation among the member states.

"By collaborating with ESO, industries can improve their market position and expand their business activities and commercial gain," notes the brochure.

"Technologies developed at ESO have found applications in areas such as optics, intercontinental data transfer, medicine, and imaging, sensor and detector technology."

The upcoming Extremely Large Telescope (ELT) will assume a position as ESO's flagship instrument when it sees first light - scheduled for 2026, although the Covid pandemic has interfered with the schedule.

"A project like the ELT is only possible in Europe with ESO," commented 2019 Nobel Laureate Didier Queloz.