Nobel Prize for Physics awarded to astronomers and cosmologist

James Peebles, Michel Mayor and Didier Queloz recognised for contributions to understanding of the evolution of the universe.

A vast range of photonics technologies, notably in the field of astronomy, but also in optical design associated with telescopes and high-level image processing have been instrumental to the work of the 2019 winners of the Nobel Prize for Physics, announced Tuesday in Stockholm, Sweden.

Canadian-American cosmologist James Peebles and Swiss astronomers Michel Mayor and Didier Queloz on Tuesday were named this year’s Physics Nobel Laureates “for research that has increased our understanding of our place in the universe,” the jury said.

The citation added that the Physics Prize rewards “new understanding of the universe’s structure and history, and the first discovery of a planet orbiting a solar-type star outside our solar system. This year’s Laureates have contributed to answering fundamental questions about our existence.”

Peebles won one-half of the prize "for theoretical discoveries that have contributed to our understanding of how the universe evolved after the Big Bang," Professor Goran Hansson, secretary general of Royal Swedish Academy of Sciences, told a the press conference.

Mayor and Queloz shared the other half for the first discovery, in October 1995, of a planet outside our solar system — an exoplanet — orbiting a solar-type star in the Milky Way. "Their discoveries have forever changed our conceptions of the world," the jury said. 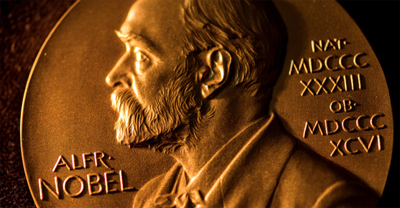 The prize consists of a gold medal, a diploma and the sum of nine million Swedish kronor (about $914,000 or €833,000). The trio will receive the prize from King Carl XVI Gustaf at a formal ceremony in Stockholm on December 10, the anniversary of the 1896 death of scientist Alfred Nobel who created the prizes in his last will and testament.

Physics was the prize area that Alfred Nobel mentioned first in his will from 1895. At the end of the nineteenth century, many people considered physics as the foremost of the sciences, and perhaps Nobel saw it this way as well. His own research was also closely tied to physics.

In 2018, the honor went to Arthur Ashkin of the US, Gerard Mourou of France and Donna Strickland of the US for laser inventions used for advanced precision instruments in corrective eye surgery and in industry. After Marie Curie in 1903 and German-American scientist Maria Goeppert-Mayer in 1963, Strickland became just the third woman to be awarded the Physics Prize since 1901.

This year's Nobel prize season had kicked off on Monday with the Medicine Prize awarded to Americans William Kaelin and Gregg Semenza, and Britain's Peter Ratcliffe. They were honoured for research into how human cells sense and adapt to changing oxygen levels, which opens up new strategies to fight such diseases as cancer and anaemia.

The 2019 Nobel Prize in Chemistry was today (Wednesday) awarded to John Goodenough, M. Stanley Whittingham and Akira Yoshino “for the development of lithium-ion batteries”. Through their work, they have created the right conditions for a wireless and fossil fuel-free society, and so brought the greatest benefit to humankind.