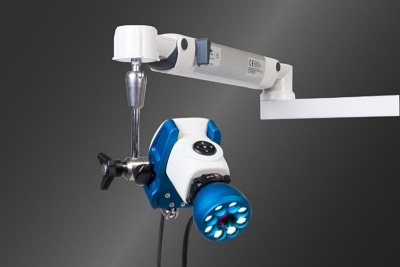 Industrial and medical imaging company Olympus is set to broaden the capability of its endoscopy offering significantly, with the acquisition of Netherlands-headquartered Quest Photonic Devices.

Established back in 1998 as Quest Innovations, the Middenmeer-based company specializes in fluorescence and multispectral techniques for applications including better visualization of tumor margins during cancer surgery.

Tokyo-based Olympus, which has recently pivoted away from consumer cameras to focus on medical and industrial vision technologies, is acquiring Quest for €50 million.

According to local media reports (see below), Quest founder and CEO Richard Meester will remain with the company, which will operate as an independent entity within Olympus. Meester also expects Quest to grow significantly from its current roster of 35 employees.

Kanichi Matsumoto, global head of surgical endoscopy at the Japanese firm, said in a company release that the combination of the "Quest Spectrum" fluorescence imaging system with Olympus' Visera Elite II product would allow it to offer surgeons a wide range of high-quality fluorescence imaging options.

According to market research quoted by Olympus, the global market for these fluorescence imaging systems is expected to grow at more than 12 per cent annually, and to exceed $800 million by 2027.

“Increasing demand for minimally invasive procedures and reconstructive surgery is helping to drive fluorescence imaging systems growth worldwide,” stated the firm. “Furthermore, application of the technology is expected to expand over the coming years, as additional fluorescent dyes are paired with targeted antibodies.”

Among the potential applications are molecular imaging techniques that will allow surgeons to visualize cancerous lesions in vivo, and perform fluorescence-guided cancer surgery in unprecedented ways, potentially lowering recurrence rates.

Reducing repeat cancer surgeries
Last year Avelas Biosciences, a San Diego firm developing intra-operative fluorescent cancer imaging technology, reported that devices made by Quest had performed well in a clinical trial of the approach in breast cancer patients with the most common forms of the disease.

The technique has since gained “breakthrough therapy” designation from the US Food & Drug Administration (FDA), meaning that it could progress to approval more quickly than is usually the case.

Avelas’ “Pegloprastide” product is designed to deliver a fluorescent marker specifically to cancer cells, enabling surgeons to identify cancerous tissue in real-time - something that could result in fewer repeat surgeries and better patient outcomes.

Somewhere between 20 per cent and 40 per cent of breast cancer surgeries typically require a follow-up procedure to remove more tissue, according to Avelas. In contrast, only 6 per cent of the patients in the trial required so-called “re-excision” surgeries.

Pegloprastide is said by Avelas to be the only fluorescence-based clinical cancer detection product that uses the ratio of two fluorophores within the same molecule, in other words ratiometric imaging, to provide surgeons with “actionable information”.

Based around Quest’s “Spectrum” device, the approach is said to offer a field of view in the region of 10 cm, and can assess tissue for the presence of malignant cells within 100 milliseconds.

“Pegloprastide has the potential to greatly reduce the number of repeat surgeries, potentially improving outcomes for hundreds of thousands of women and saving thousands of lives.”

Beyond breast cancer, Avelas says it also has plans to explore the use of the approach during surgery for other types of cancer, including ovarian, colorectal, head and neck, melanoma, and sarcoma.