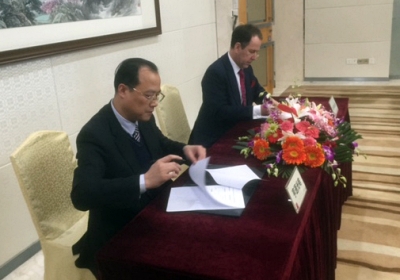 Rockley Photonics, the NYSE-listed developer of integrated photonics technology, has been forced to call off the sale of its data communications business after the US Department of Commerce added its joint-venture partner to an “entity list” of restricted exports.

Hengtong Optic-Electric, which partnered on a $42 million joint venture in 2018, and invested another $30 million in Rockley a year later, was one of 37 companies and institutions added to the entity list last week.

Effective from December 17, the ruling by the Bureau of Industry and Security (BIS) states: “These 37 entities have been determined by the US Government to be acting contrary to the foreign policy or national security interests of the US and will be listed on the Entity List.

Under the ruling, US companies are prohibited from providing products and technologies to organizations on the “Entity List” without prior authorization.

Healthcare pivot
Responding to that development, Rockley announced that it was now reviewing its relationship with the Hengtong venture, and would make “appropriate decisions” based on its findings.

Company founder and CEO Andrew Rickman added: “We continue to fully comply with the regulations and have decided not to proceed with our technical sale to the joint venture under the current circumstances.

“The BIS action will require us to adjust our strategy for monetizing our communications technology.”

While Rockley initially targeted the optical communications market with its silicon photonics technology, and that was the focus of the Hengtong venture, the company has since pivoted towards emerging applications in health monitoring and sensing and is collaborating with the California Institute of Technology.

Earlier this month the firm released laboratory results indicating that its optical sensing technology is able to monitor core temperature better than conventional thermometers - although those results have not yet been subjected to peer review.

“Rockley’s primary focus has been and continues to be on the development and commercialization of our sensing platform in the health monitoring space,” Rickman continued.

“The technical sale to the joint venture was intended as an efficient way to monetize Rockley’s innovative data communications technology without distracting from our primary focus on our health and wellness solutions.” 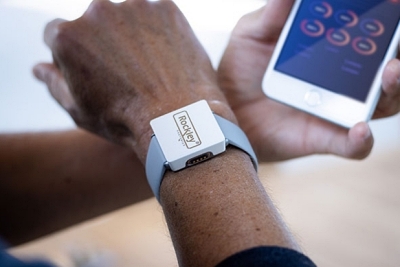 Financial impact
In light of the BIS ruling, Rockley updated its financial outlook through the end of next year, saying that it expected to post full-year sales of between $7 million and $8 million for 2021, rising to between $25 million and $30 million in 2022.

For the first nine months of this year, the firm has posted an operating loss of $93.5 million on sales revenues of $5.8 million. Its cash holdings stood at just over $75 million on its September 30 balance sheet - although the company says that total rises to $125 million when other equivalent assets are included.

Following its update on the impact of the latest BIS export restrictions, Rockley’s stock price fell in value by around 20 per cent on the NYSE.

In August Rockley completed a special-purpose acquisitions company (SPAC) merger, raising around $170 million - although that total was significantly lower than the firm had initially hoped for.

With the construction of a new laboratory in Irvine, California, completed earlier this year, Rockley plans to begin human trials with its biomarker monitoring modules early next year, with volume shipments to OEM customers anticipated by the end of 2022.

Those OEM customers will then need to carry out their own human trials on wearable products featuring the embedded Rockley modules before the technology is expected to appear in a fully commercialized consumer format some time in 2023.