Ex-Philips Lighting business will take control of Texas-based Fluence in a $272M deal. 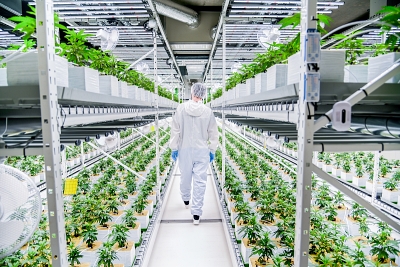 Signify, the lighting company created via a spin-out from Philips in 2016, is to acquire horticultural LED lighting specialist Fluence for $272 million.

Fluence is currently part of ams Osram, having been acquired by Osram as recently as 2018, and its sale is part of a strategic plan by the parent company to focus on core technologies such as LED and photodetector components.

According to a release issued by Austria-headquartered ams Osram, it will remain a supplier to Fluence once the sale to Signify is completed in the first half of next year.

Cannabis growth
Based in Austin, Texas, Fluence is among those to have pioneered the use of LEDs to mimic the spectrum of solar light for precision indoor horticulture. Founded in 2013, the company has since grown to employ 200 people.

In a joint release from the companies involved, Fluence CEO David Cohen said: “Since Fluence’s founding, it has been our sole mission to improve the interaction between light and life to yield a healthier and more sustainable world.

“Adding our lighting solutions to Signify’s strong portfolio empowers our combined businesses to deliver the world’s most advanced horticulture technology to cultivators on a global scale.”

Initially focused on research activity, Fluence soon branched out into lighting systems aimed at improving sustainable crop production and, with changing US legislation, has targeted the market for cannabis plant growth.

Earlier this month the firm reported that its Maryland-based customer SunMed Growers had achieved a 30 per cent increase in yield for several cannabis crops after switching from high-pressure sodium lighting fixtures to LED illumination with Fluence’s “VYPR” series top lights.

“Cannabis plants can take a tremendous amount of light,” explained SunMed horticulturalist Jake Van Wingerden. “By doubling our light intensity - and with another facility expansion in our future - we’ll be producing off-the-charts yields.”

Critical wavelengths
Frans Scheper, executive VP for ams Osram’s Opto Semiconductor business unit, commented: “ams Osram will continue to build on its position as a leader in red, blue, and white LEDs for the horticulture market. We look forward to continuing to provide Signify, and Fluence as part of Signify, leading technology for their business.”

Its high- and mid-power LED product families produce wavelengths that are critical for plant growth at 660 nm, 450 nm, and 730 nm, all available with three different radiation angles to provide lighting tailored to the needs of different plants.

“ams Osram’s LED products were implemented in greenhouses and vertical farms in China, the US, Italy, and Germany and are expanding to new projects across the world,” stated the firm, whose light sources could even be used to grow salad leaves in space.