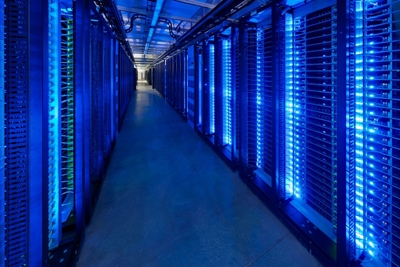 The deal, part of Rockley’s series E funding round, extends the partnership first signed in 2017, which saw the Shanghai-listed optical fiber and cable manufacturer lead a $42 million co-investment.

Hengtong and Rockley are now targeting what they describe as the “burgeoning” market for 400 Gb/s optical transceivers in data centers.

Rockley has also set up a development partnership with the Tyndall National Institute in Cork, Ireland, and announced a year ago that it had already raised more than $100 million in aggregate funding to support its expansion.

Mahesh Karanth, the firm’s CFO, said: “This new funding provides us with significant capital to move to the next stage of our business plan. We will accelerate volume manufacturing of Rockley’s ‘LightDriver’ optical engine, and develop next-generation sensors and communications products.

"This isn’t just putting together the functions that we use today, but it’s putting optics together and integrating these with other functions,” she said. “Integrating the optics with the switch is one example; it’s going to be a while before this happens but that’s certainly moving in.”

Rockley says that the architecture of its LightDriver platform will help with the anticipated transition to in-package optics that promise to eliminate the need for costly, and relatively high-power electrical links.

He believes that the expanded partnership with Hengtong, intended to combine Rockley’s integrated silicon photonics platform with the Chinese firm’s volume manufacturing capability, will deliver the lowest-power and most cost-effective transceiver in the market.

“It is a significant step towards furthering our mission to make photonics as pervasive as microelectronics,” added Rickman.