CIOE show goes ahead in Shenzhen

China International Optoelectronic Expo is one of the first major in-person photonics exhibitions to take place since March. 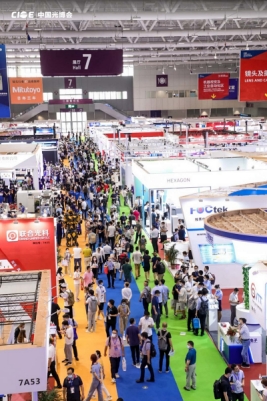 The show is one of the first major photonics technology events in the calendar to go ahead since the global spread of the Covid-19 pandemic in March, coming after the rescheduled Laser World of Photonics China, which took place in Shanghai in early July.

This year saw CIOE take place for the 22nd time, and for the first time at the giant Shenzhen World Exhibition and Convention Center, in the industrial city’s Bao'an District.

Overwhelmingly dominated by domestic suppliers of optics and photonics technology and related products, more than 3000 companies are said to have taken part in the show.

Health codes and face masks mandatory
All visitors to the event were required to apply for the so-called “Yuekang Code”, also known as the Guangdong health code, before attending, and to wear face masks for the duration of the show. Temperature checks were also set up at each entrance of the convention center.

Among non-domestic exhibitors, US-headquartered Lumentum said it took part in the event for the first time this year, with its booth activity including highlights of various 3D sensing solutions with co-development partners.

CIOE 2020 featured a number of other industry-focused seminars, focusing on topics including augmented reality, biophotonics, and machine vision, with non-domestic companies including Japan's Santec Corporation and glass giant Schott among those listed as taking part.

The next major photonics industry exhibitions and trade shows currently in the calendar include optics.org publisher SPIE’s annual Photonics West event. It has been pushed back from its original January slot and is now scheduled to take place March 6-11 at the Moscone Center in San Francisco, California.

After that should come the biennial Laser World of Photonics trade fair in Munich, scheduled for June 21-24.