Aim is to include the Einstein Telescope in the European Strategic Forum for Research Infrastructures roadmap. 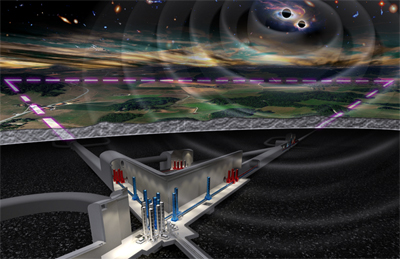 Researchers could detect more mergers of black holes and neutron stars with plans for a new flagship gravitational wave observatory in Europe moving a step closer. A proposal has been submitted for the inclusion of the Einstein Telescope (ET) in the European Strategic Forum for Research Infrastructures (ESFRI) roadmap, which would enable the observation of the entire Universe through gravitational waves.

Professor Stuart Reid, Head of the department of Biomedical Engineering at Strathclyde University, Glasgow, UK, is the appointed Co-chair of Optics for ET. Responsible for the mirror technology that forms the heart of the proposed infrastructure, Reid is the only UK-based member of the Instrument Science Board for ET and is.

This is based on Strathclyde's internationally leading role in the fabrication of extreme performance laser coatings, which is carried out in partnership with the Institute for Gravitational Research at the University of Glasgow and associated colleagues in the University of the West of Scotland.

Professor Reid commented, “Future gravitational-wave observatories such as the proposed ET mean researchers could detect more mergers of black holes and neutron stars, allow us to map out how the expansion of the Universe, and observe entirely new events.” 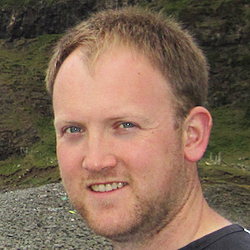 “The unique triangular shape will provide more information from the astrophysical signals, pinpoint the sources better on the sky, and will push scientific understanding of how matter and gravity behave by testing Einstein's theory of gravity in strong gravitational fields.”

The forum plays a key role in policy-making on Research Infrastructures in Europe and the design of ET has been supported by European Commission grants and a consortium of around 40 research institutions and universities across Europe, which has officially submitted the proposal.

The observatory will require 30km of underground tunnels, forming a triangular shape, and will use lasers to measure the stretching-and-squeezing of spacetime from massive and violent astrophysical events.

ET is intended to build on the scientific achievements of the project's Advanced Virgo in Europe and Advanced LIGO in the USA in the past five years. Significant achievements of the work started with the first direct detection of gravitational waves in September of 2015 and continued in August 2017 when the gravitational waves emitted by two coalescing neutron stars were observed.

The recent observation by Advanced Virgo and Advanced LIGO of the merging of two stellar black holes to create one 142 times more massive than the Sun, announced on 2nd September 2020, demonstrated the existence of such previously unknown objects in our Universe.

To fully exploit the potential, a new generation of observatories is needed and ET would enable scientists to detect any coalescence of two intermediate-mass black holes in the entire universe and help understand its evolution.

Two sites for ET, which is hoped to be operational by the mid 2030s, are being evaluated, the Euregio Meuse-Rhine, at the borders of Belgium, Germany and the Netherlands, and in Sardinia, Italy, with a decision expected within the next five years.

The Einstein Telescope will operate together with a new innovative generation of electromagnetic observatories.