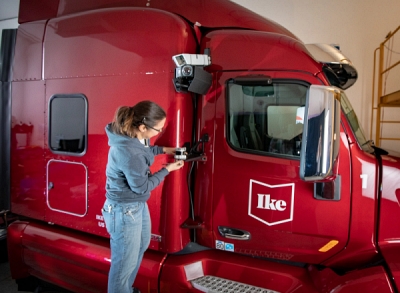 Ouster Lidar says it has attracted a further $42 million in venture investment, taking its overall support to $140 million since founding in 2015.

According to the San Francisco company, the latest round of funding follows the successful launch of three new sensors in January, each of which operates with 128 light beams.

The latest US Securities & Exchange Commission (SEC) filing made by the firm, dating back to June, shows that Ouster had been seeking to raise $60 million in its series B equity round. At the time of the filing, it had secured $21 million.

It follows last year's series A round of $60 million, and an earlier fundraising of $27 million.

Revenues up 62%
Ouster also says that its sales revenues and bookings are both up sharply this year, reflecting the apparent success of the new 128-beam product introductions.

Although the company has not provided any specific sales numbers, the recent lidar market report published by French market research firm Yole Développement suggests that in 2019 Ouster’s sales amounted to $29 million, putting it just outside the top-ten lidar providers globally.

With sales said to have risen by 62 per cent this year so far, it suggests that the 2020 figure ought to be in the region of $50 million.

Video: How to train an autonomous vehicle to race on a new track:

Inflection point
Company CEO Angus Pacala, who co-founded Ouster with CTO Mark Frichtl, says that the all-semiconductor architecture used by the firm in its sensors gives it an advantage over legacy analog lidar sensors that customers are now looking to replace.

“The demand for Ouster’s second generation sensors quickly hit an inflection point after customers received sample units, and despite the global onset of Covid-19, Ouster recorded [third-quarter] bookings growth of 209 per cent year-over-year,” adds the company.

Unlike many of the companies in the lidar sector who are focused on automotive applications in robo-taxis and future self-driving vehicles, Ouster has deliberately looked to engage with a wide diversity of customers and applications.

In response to the demand it has witnessed, and the sheer number of customers, Ouster has opened sales and customer services offices in Paris, Hamburg, Frankfurt, Hong Kong, and Suzhou.

It has also agreed a contract manufacturing deal with Benchmark, to keep up with growing demand. 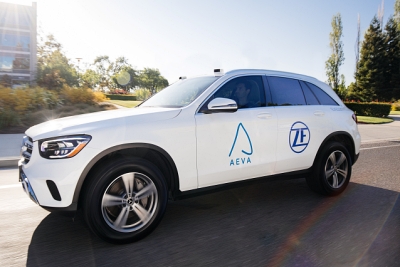 “We look forward to bringing the world’s first FMCW lidar to an automotive grade level and scale production, where ZF can rely on a long-lasting production experience in optical sensors,” said Torsten Gollewski, executive VP of autonomous mobility solutions at ZF.

“‘Automotive Grade’ will become a quality seal, necessary for a solid business model of all autonomous vehicle software stack providers.”

Proponents of the FMCW approach say that it has some inherent advantages over pulsed time-of-flight (ToF) lidar sensors, notably being able to detect the distance, speed, and direction of travel of other vehicles on the road thanks to the Doppler Effect.

However, FMCW relies on more complex optical technology and analysts at Yole do not expect the approach to find widespread deployment for some time.

“FMCW is 10-100 times more sensitive [than] pulsed ToF, thanks to coherent detection,” they explain. “Moreover, distance accuracy is higher. However, a ToF lidar cannot easily be transformed to FMCW.

“The system needs to be designed from scratch. Therefore, it will take several years for FMCW technology to be adopted by the automotive industry.”