Optical networking systems company says it has started to see a Covid-related slowdown in spending. 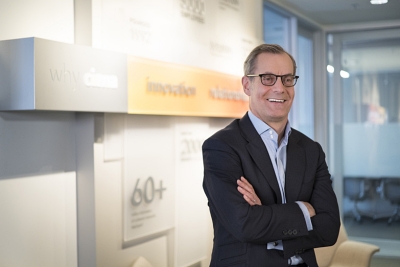 Several photonics companies have seen their stock price slump in value, after optical networking firm Ciena said that customer spending on new networks was slowing down.

The market capitalizations of Lumentum, Neophotonics, Infinera, and II-VI all fell by around 10 per cent after Ciena’s latest quarterly business update, on September 3.

Although the systems builder reported strong sales and profits for the three months ending August 1, its executive team warned that they had seen a slowdown in orders late in the quarter - with projected sales for the current quarter well below market expectations.

That sent Ciena’s own stock price tumbling nearly 25 per cent ahead of the Labor Day holiday weekend, with no recovery since then.

Adverse impact - “next few quarters”
“We are seeing negative effects of the pandemic and greater economic uncertainty weigh on our near-term outlook,” CEO Gary Smith told an investor conference call, pointing to a combination of more cautious spending by customers, and new initiatives being de-prioritized as service providers focused on managing the Covid-19 crisis and its impact on enterprise business.

It means that while the fundamental need for faster networks remains a long-term driver for CIena and its suppliers of optical subsystems and components, the next few quarters look set to be bumpier than had previously been expected.

“As a result of the broader economic conditions and related market dynamics, we now expect overall optical market growth, excluding China, will slow,” Smith said. “In fact, we now believe that the market will be roughly flat to down for this year.”

“Accordingly, we expect our orders and revenue to be adversely impacted for the next few quarters,” the CEO continued. “However, I would stress that we believe that these challenges will be short-term in nature.

“With bandwidth demand increasing at approximately 25-30 per cent year-on-year, we do not believe it will be possible for our customers to serve that level of demand for more than a few quarters without increasing capacity.”

Fundamentals intact
Company CFO James Moylan added his voice to the unpredictable picture, saying that the “length and breadth” of the Covid-19 pandemic and its effect on the global economy remained uncertain, and was leading to more cautious customer spending behaviors and ongoing difficulties bringing new networking projects to fruition.

That sentiment contrasts strongly with the generally positive outlook seen within the sector in recent months, as the difficulties presented by the pandemic were seemingly outweighed by the need to add network bandwidth to meet the sudden jump in demand for remote working, education, entertainment, and socializing.

With that need for additional bandwidth expected to continue as economies around the world adjust permanently to new ways of working and living, the fundamental need for more and faster optical links has not changed, Smith indicated.

“I've seen in other economic recessions where things get canceled and projects get completely put on ice,” the CEO said. “We haven't seen any of that. It's more about just the velocity of new business initiatives in general slowing down.”

Smith also said that despite the order slowdown, there was still plenty of request-for-proposal activity. “I think what we've seen in the last couple of months or so is just increased scrutiny about budget spend,” he added.

Ciena is major customer for several photonics companies, accounting for close to 30 per cent of Neophotonics' sales in recent years. Lumentum is also closely associated, with Ciena usually responsible for more than 10 per cent of its annual turnover.

• Neophotonics has arranged an investor conference call this Friday, September 11, to discuss trends and technologies in optical communications.