CompoundTek and STAr Technologies aim to speed development of standard processes from design through to test and inspection. 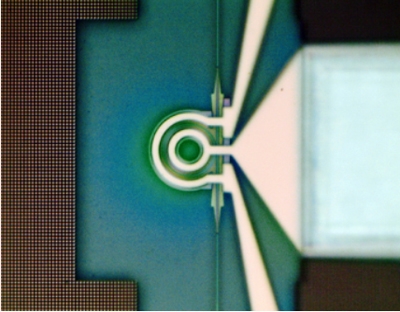 CompoundTek, the silicon photonics wafer foundry based in Singapore, has agreed a strategic collaboration with Taiwan's STAr Technologies that will aim to speed the technology’s move to large-scale production.

The two firms will look to develop standards and solutions for cost-effective wafer testing at high volumes, addressing what they see as the growing need for consistency and reliability across all applications of silicon photonics technology,.

“The SiPh Wafer Test aims to spearhead the development of more standard processes and facilitate wider industry adoption and innovations from design through to test and inspection,” announced the pair.

But it says that the integration of optical components on a chip still creates a host of new challenges in wafer-level probing of silicon photonics devices, because large volumes of device-performance data are required to carry a design from concept to qualification and subsequently into production.

Explaining the thinking behind the new collaboration, company CEO Raj Kumar said: “To accelerate the market [and] wider adoption of wafer-level silicon photonics, tests, cost and efficiencies must be improved.”

To achieve that, he believes it is necessary to take a holistic approach by establishing partnerships between experts specializing in test technology and the fabrication process.

“It is this synergy of measurement instrumentation, positioning, and commercialization technologies that will further standardize the way testing is done - the way the chip is laid out for ease of tests - that both CompoundTek and STAr effectively brings to the marketplace,” Kumar added.

“Most companies have [a] home-grown silicon photonics bench solution, which is good for small-scale engineering characterization during the design verification phase, but inefficient for the high-throughput and low-cost test required for testing during the mass production phase,” it claimed.

“There is no independent silicon photonics wafer test service provider with a cost-efficient solution to address this market gap.”

Bridging that gap ought to help the nascent industry drive down associated product costs from prototyping to mass manufacturing, and accelerate time to market, CompoundTek stated.

STAr Technologies’ VP of engineering Jeffrey Lam added: “When you think of working in a lab on an initial prototype, and spending a few hours to set up and align a single device for measurements, it seems feasible.

“It is not the case however, in high-volume silicon photonics manufacturing, where time- and effort-intensive methods are not practical, and time-to-market is a critical factor.”

Lam believes that this has inhibited more rapid adoption of silicon photonics, even though the technology is poised to become a fixture in data centers, where it can provide faster and more energy-efficient interconnections.

“[This is] a challenge we aim to effectively address with methods and strategies that have a unique relative emphasis on accuracy, throughput, and test flexibility, through our combined silicon photonics wafer test approach,” Lam concluded.