Light & Production division business slumps due to pandemic; but some positive demand from semiconductor industry and public sector. 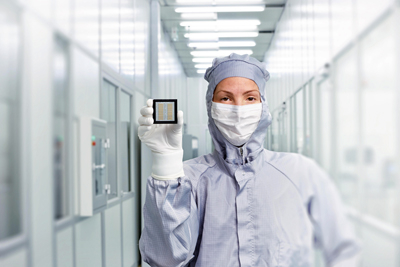 For H2, Jenoptik expects to see economic recovery and no further corona wave.

Diversified laser and photonics firm Jenoptik has reported an almost 12 percent drop in revenues in trading in the first half of 2020, blaming the “clear impacts of the corona pandemic and increasing uncertainty within the automotive industry apparent from late March”. Adjusted revenue decreased by 11.9 percent to €329.0 million.

The company also says that Covid-19 has had varying effects on the development of revenue of Jenoptik’s divisions: “The pandemic had little to no impact on business with public-sector customers and the semiconductor equipment industry, which actually posted growth.

“By contrast, the Light & Production division was strongly affected by developments in the automotive industry. Over the first six months of 2020, the Jenoptik Group generated revenue of €329.0 million (prior year: adjusted €373.4 million). The Spanish company Interob, acquired in February 2020, contributed €5.3 million to group revenue over the reporting period.”

Stefan Traeger, President & CEO, commented, “After a solid start to the year, the second quarter has seen a weaker order situation, as we expected. However, we are confident of achieving improved business performance in the second half-year.

“Key to this has been our comprehensive and rapid response, with a bunch of measures, to the structural challenges we face, particularly in the automotive industry, and, of course, to the effects of the corona pandemic.”

For the full reporting period, adjusted pre-tax earnings fell to €42.2 million as a result of the drop in revenue, and was thus 22.3 percent down on the comparable prior-year figure (prior year: €54.3 million). The adjusted EBITDA margin accordingly fell to 12.8 percent (prior year: 14.5 percent).

Considering the company’s general position, the six-month statement went on to say, “In view of the current situation, the Group is in a good position with short-term financial resources of €123.5 million (31/12/2019 equivalent: €168.7 million). The acquisition of Interob and the repayment of a debenture loan resulted in net debt of €26.6 million (31/12/2019: minus €9.1 million).

‘We expect no further Corona wave’

Supported by the actions taken to limit the impacts of Covid-19 and in view of an expected stronger second half-year, Jenoptik’s Executive Board forecasts revenue of €770 to 790 million for the full year 2020 (not including the impacts arising from July’s acquisition of Trioptics).

“To ensure a stronger second half-year, we expect to see signs of recovery in the economy and no further corona wave,” said Traeger. “The structural and portfolio measures that we have initiated will help Jenoptik to accelerate growth and improve profitability starting next year at the latest. To ensure full transparency, we are reporting the associated effects separately in this fiscal year.”

• The half-year report is available in the Investors/Reports and Presentations section of the Jenoptik website.