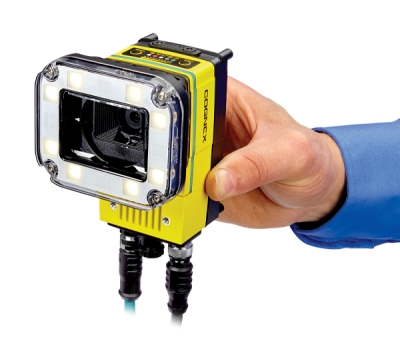 Cognex, the Massachusetts firm specializing in machine vision equipment and software, has reported a slight fall in sales in the opening quarter of 2020, reflecting the initial impact of the global coronavirus pandemic.

However, with an uncertain outlook across multiple industries, company founder and chairman Robert Shillman called for governments around the world to strike a “better balance” between managing the health risks of Covid-19 and the economic effect of lockdowns.

“Our Q1 results were in line with our guidance, but that is little comfort in these very challenging times,” warned Shillman, adding that Cognex’ strong balance sheet - including $845 million in cash and equivalent assets - and long-term focus would enable the company to weather the current disruptions better than most.

“But business is not likely to improve until lockdowns end,” he told an investor conference call discussing the current situation. “In that vein we urge governments to better balance the risks of Covid with the disastrous effects that lockdowns are having on our economies and on our lives.”

Detailing some of the impact that Cognex has so far witnessed, CEO Robert Willett reported a mixed bag of trends, with Cognex standing to benefit from the sudden acceleration in e-commerce logistics, but also likely to suffer from delayed investments in other areas, notably the hard-hit automotive sector.

“Companies around the world, including ours, are facing significant disruptions in their businesses,” said Willett. “While some customers are accelerating activity, notably companies in China and in e-commerce fulfillment, many others are struggling to implement capital spending plans or are putting those investments on hold.”

Auto sector deteriorates
The CEO described challenges in Europe and the Americas in particular, with many customers either locked down or operating with reduced capacity.

“Particularly hard hit is the automotive industry, which was our largest end market last year,” he added. “There is a long-term potential for growth as the market transitions from internal combustion engines to electric vehicles, but the near-term outlook has deteriorated significantly.

“Many customers have suspended production and are not allowing our sales engineers into facilities to help with previously planned automation projects that are now on hold.”

Another key area is consumer electronics, where Willett says it is currently too early to predict the timing and magnitude of this year's investment cycle. Normally that is possible at this point in the year, as makers of smart phones and other devices start planning for the normal ramp of production later in the year.

“Our largest customers are asking for, in fact [they are] counting on us to be ready with product shipments and on-site support for their advanced automation initiatives,” Willett said. “However, we recognize that there are risks around both the timing and the size of those automation projects given the current situation.”

Of all its key markets, logistics is where Cognex is witnessing the strongest level of demand. With electronic commerce sales accelerating because of the Covid lockdowns, and retailers striving to increase capacity for online activity, Cognex is able to capitalize with sales of machine vision and barcode reading equipment.

“Our technology has become even more valuable in this crisis as our customers are able to achieve higher throughput and are better able to maintain social distancing in their distribution centers,” Willett pointed out.

The company has also been able to launch a new product amid all the disruption, and earlier this month held a number of large-scale live virtual meetings for its sales engineers and distributor partners.

Stock price recovers
However, the CEO added that although Cognex had performed “reasonably well overall” in April so far, wider demand across the factory automation sector was deteriorating, particularly in Europe and the Americas.

As a result, Cognex declined to give any specific financial guidance for sales in the current quarter, let alone the full year. While business has bounced back solidly in China over the past few weeks, the wider picture remains complex and unpredictable.

“[In terms of activity] we were perhaps a little surprised with how well demand in Europe and America held up through the end of March and even into April, but then we've really started to see a decline,” Willett said in response to an analyst query.