€150M annual turnover now expected by French photonics firm to be achieved in 2022, a year later than planned. 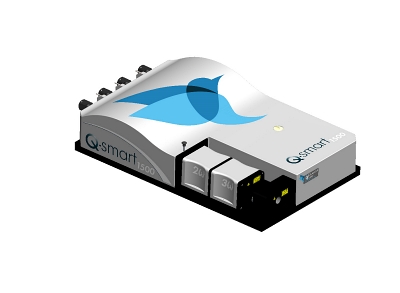 Lumibird, the Paris-listed developer of lasers and other photonics products, says its sales rose by just over 9 per cent from 2018 to 2019 - with revenues from lidar showing the fastest rate of growth.

But the company is now warning that delays to orders from some of its larger lidar customers will put the brakes on prior expectations of organic sales growth.

Innovation strategy
Thanks to a strong closing quarter to last year, bolstered by defense-related sales, the company was able to post annual revenues of €110 million - up from €100.9 million last year.

Lumibird’s laser division accounted for €70.8 million of the 2019 total, a 5.5 per cent rise on the prior year. Sales of lidar sensors fueled that uptick, jumping 33 per cent year-on-year to €20.5 million thanks to rising demand from customers in the automotive and wind power sectors.

The remainder of Lumibird’s revenues are generated by its medical division, which reported a 17 per cent jump in annual sales, to €39.3 million.

“These figures confirm the success of the innovation strategy, with its new products receiving a very positive response, on both established and new markets, such as dry eyes,” announced Lumibird. “In addition, the medical division is extending its geographical footprint, notably through the opening of a subsidiary in Poland.”

The upward trajectory should continue this year, thanks in part to Lumibird’s planned acquisition of Australia’s Ellex Medical Lasers, and the addition of Slovenian firm Opotek last August.

“Ellex’s laser and ultrasound business represented around €40 million in revenues last year, and if its acquisition is completed as planned during the first half of this year, the medical division is expected to more than double its level of business in 2020,” stated the firm.

Lidar delays
However, Lumibird now says it is unlikely to meet its existing target to grow organic sales - not including recent acquisitions - to €150 million in 2021. “The objective...could be postponed by a year given the order plan delays among large lidar customers,” warned the Lannion-headquartered firm.

While Lumibird does not now expect to hit the €150 million target until 2022, it should still achieve planned profitability targets of 20 per cent earnings before interest, depreciation and amortization (EBITDA) in 2021. For comparison, EBITDA in 2018 was just over 16 per cent.

• Lumibird’s stock price slipped in value slightly on news of the delayed growth target. Currently trading at around €12.40 on the Paris exchange, the company commands a market capitalization of just under €230 million. The firm will announce its full financial results for 2019, including profitability figures, after the close of trading on March 31.