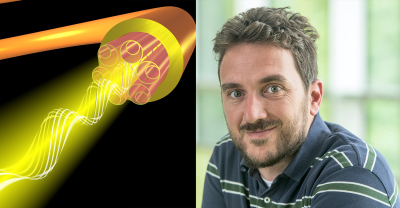 The novel fibers' latest advances, published this week in Nature Photonics, underscore the technology's potential for next generation optical interferometric systems and sensors, say the researchers.

Hollow-core optical fibers combine the free-space propagation performance of the most advanced interferometers with the length scales of modern optical fibers by guiding light around bends in an air or vacuum filled core.

Researchers are engaging with industry partners, collaborating with the UK’s National Physical Laboratory and exploiting a UK network in the Airguide Photonics program as they further expand the impact of the discovery.

Professor Francesco Poletti, Head of the Hollow Core Fiber Group, commented, “By eliminating the glass from the center of the fiber, we have also eliminated the physical mechanisms by which the polarisation purity of an input beam can be degraded. As a result, our fibers provide qualities that represent a paradigm shift toward a huge leap in performance.

“With an attenuation as low as 0.28 dB/km and the prospect of soon achieving levels potentially below the Rayleigh scattering limit of conventional fibers, such waveguiding structures could soon provide vacuum-like guidance purity and environmental insensitivity at bespoke wavelengths and over hundreds of kilometers for the next generation of photonics-enabled scientific instruments.” 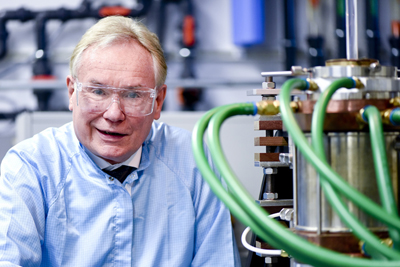 Propagating light waves while preserving all of their essential attributes is a fundamental concern for all applications that use light to sense the environment or to transmit data and power. High-performance interferometers, gyroscopes and frequency combs use the wavelength of light as a miniature ruler to measure distances, rotation speed and time with incredibly accurate precision. They all rely on the transmission of light beams with the highest possible spatial, spectral and polarisation purity.

To achieve the best possible performance, scientists currently need to propagate light through free-space in a vacuum, such as for example in the 4 km arms of the Laser Interferometer Gravitational-Wave Observatory (LIGO) in the USA. However, these advanced interferometers are extremely expensive and often impractical at even much shorter length scales.

Hollow-core fibers overcome all of these challenges to enhance the potential of optical interferometric systems and sensors, for example within optical gyroscopes that form the core of inertial navigation systems or for the flexible delivery and coherent combination of intense polarised radiation for the next generation of MegaWatt lasers.

This latest Southampton research was sponsored by the European Union-funded LightPipe Project, which builds upon a decades of work at the Zepler Institute's renowned Optoelectronics Research Centre.

The Centre and its Director Professor Sir David Payne have played a leading role in the development of optical fiber technology for applications requiring control of the polarisation states of light. Work in this area also led to the creation of spinout company Fibercore, a leading producer of polarisation-maintaining optical fibers. 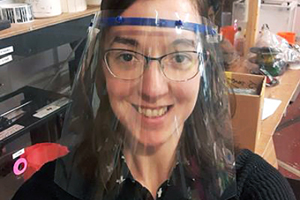 Professor Sir David Payne said, “There are numerous applications in optics that require strict polarisation control, such as when two beams interfere to sense tiny changes caused by gravitational waves, or rotation sensing in fiber gyroscopes.

“The ideal way to transport light is in an optical fiber, but that normally leads to an uncertain, wandering polarisation state and drift in the sensor. It is a great surprise to find that certain types of hollow-core fiber can preserve a stable polarisation over long distances and this observation will have a huge impact on next-generation optical sensors.”

A postdoctoral researcher from the Zepler Institute for Photonics and Nanoelectronics is helping produce thousands of face shields for health and care workers in Hampshire through a growing community-based makerspace.

The So Make It non-profit group is 3D printing more than 400 face shields a day and has supplied over 3,000 items to Southampton General Hospital, the Royal South Hants Hospital and local care homes. Volunteers are aiming to print, assemble and distribute over 8,500 face shields to frontline workers during the Covid-19 pandemic and are currently half way to a fundraising target on a Just Giving fundraising campaign.

Dr Kerrianne Harrington, part of the Zepler Institute's Airguide Photonics programme, is working with the community group and its fleet of 3D printers, two of which were loaned to them by the University. "We are flying through our supplies and demand increasing all the time," she said.