Optics giant's annual revenues decline for the first time in a decade - but only by 2%. 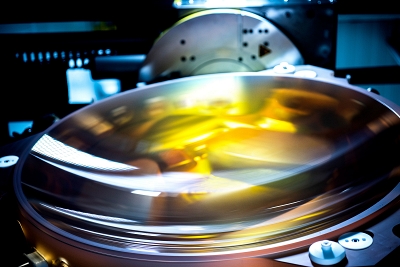 Zeiss has posted a slight decrease in annual revenues for the year ending September 30 - the first time that has happened in a decade.

Despite the impact of the Covid-19 pandemic, a resilient market for semiconductor manufacturing equipment ensured that the Germany-headquartered optics giant’s revenues of €6.3 billion were only 2 per cent lower than the previous year’s total.

The firm’s profitability also took a hit, as Zeiss posted earnings before interest and taxes of €922 million, down from €1.06 billion a year ago.

Responding to that result, CEO Karl Lamprecht - who took over from Michael Kaschke late last year - attributed the solid performance to the company’s broad portfolio and global footprint.

“We consider this an exceptional achievement by our employees – in unusual times," he said. “Our global crisis management, supported by resilience measures that had already been developed, helped us tackle the current challenges of the Covid-19 pandemic as well as possible.”

Semiconductor resilience
A closer look at Zeiss’ divisional sales reveals the significance of the semiconductor equipment sector over the past year. With sales up 12 per cent to a record-breaking €1.83 billion, the “SMT” business unit became Zeiss’ largest by revenues, overtaking both the industrial and medical divisions.

“Thanks especially to its innovative EUV [extreme ultraviolet] lithography, the SMT segment hardly felt the economic impact of the pandemic,” stated Zeiss, which provides reflective optics used inside each of ASML’s state-of-the-art lithography tools.

In contrast, Zeiss’ industrial and medical divisions both posted sales declines of 6 per cent and revenues in the region of €1.64 billion.

“The industrial metrology business...was affected considerably by the Covid-19 pandemic, as it intensified the structural and technological transformation of the automotive industry in particular,” Zeiss reported, adding that there had also been a major impact on the aerospace sector.

Sales of microscopy equipment also declined a little, although Zeiss pointed to increased demand from the pharmaceutical industry as it responded to the global health crisis.

“International researchers are using Zeiss microscopes to study the coronavirus and its transmission mechanisms,” noted the firm.

Unsurprisingly, the most significant impact was felt in the consumer sector, where divisional sales dropped 9 per cent year-on-year, to €1.1 billion, after customers were unable to visit opticians or optometrists amid the widespread lockdown conditions enacted during the spring.

Research spending up
Geographically speaking, the pandemic led to a particularly discernible downturn in revenue across Europe and the Americas, Zeiss reported - although in the Asia-Pacific region, where the pandemic originated but has in general been controlled more effectively, sales were up slightly.

The company said that growth in China and South Korea specifically had contributed to the overall stability of sales figures in the region.

Despite the overall sales decline, Zeiss has continued to increase research spending - a significant chunk of which is aimed at developing the next generation of EUV optics, with higher numerical apertures to enable electronic devices with even smaller feature sizes.

At €812 million, research spending in the latest financial year amounted to 13 per cent of overall sales, and was up more than €100 million on the prior year.

“Innovative power is a success factor for Zeiss as a global technology leader,” wrote Lamprecht in the company’s annual report. “We have not put the brakes on spending in these areas in the past fiscal year...and [it is] a key investment in the future.”

Looking ahead, Lamprecht and colleagues said that although the pandemic would inevitably continue to have a negative impact, they were “cautiously optimistic” that they might see a slight increase in revenues for the current financial year.

Figures in the company’s annual report backed up that confidence, showing that orders of €6.8 billion were up 4 per cent on the prior year.