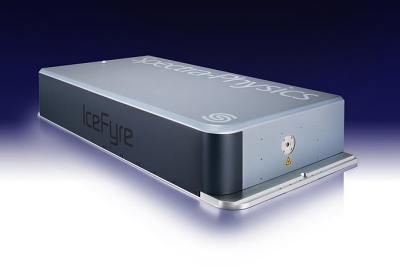 MKS Instruments, the corporate home for a number of well-known photonics industry brands including Spectra-Physics lasers, has posted record quarterly sales of $590 million for the quarter ending September 30.

That revenue figure, higher than the range projected by the firm back in July, represents a 28 per cent rise on the equivalent period last year. On the bottom line, MKS' net income nearly doubled year-on-year to $92 million on continued strength in semiconductor manufacturing in particular.

“We are pleased with our strong financial performance, particularly given the global factory and supply chain disruptions we faced entering the quarter,” said company CEO John Lee.

Research spending bounces back
Although much of the Andover, Massachusetts, company’s portfolio relates to non-photonics products used across a variety of industrial processes, MKS noted that sales of lasers and related products had benefited from a rebound in spending by research institutions.

CEO Lee pointed out that in the latest quarter company sales for applications in scientific research - a key market for Spectra Physics - had returned to pre-pandemic levels.

He also highlighted how sales of precision laser processing systems were growing on renewed strength in consumer electronics, thanks to some major recent device launches and growing expectations of a sustained rebound in demand.

The sheer number of electronic components used inside phones and other devices has also increased rapidly, meaning more opportunities for laser processing steps, while new laser processes are also being developed.

“Our customers are finding new ways to use lasers, for example in laser doping, surface functionalization, and micro welding,” the CEO told investors.

‘World class optics’
Lee also highlighted a number of new design wins for what MKS refers to as its “world class optics” offering, which is targeted at applications in lithography and metrology for semiconductor fabrication.

He added that although there remained some concern about the impact of the resurgent coronavirus in Europe and elsewhere, manufacturing companies had to a large extent now learned how to protect their workforces inside factories, and to manage any cases while avoiding the need for complete shutdowns.

With the outlook for the semiconductor sector remaining strong, alongside signs of solid growth in consumer electronics spending and a recovery in the automotive sector next year, Lee and his team sounded positive as they anticipated company sales growing to around $600 million in the closing quarter of the year.

• Following the latest update MKS’ stock price fell slightly on the Nasdaq, albeit on a day when markets around the world tumbled in value sharply on fears of further lockdowns in Europe to control renewed outbreaks of the novel coronavirus.

The company also confirmed that it would once again pay out a quarterly cash dividend of $0.20 per share, something that it has maintained throughout the pandemic.