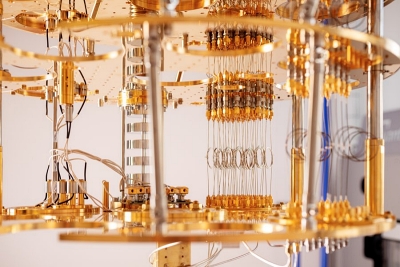 The Netherlands government has revealed plans to invest €23.5 million in quantum technology development over the next five years, in a move that promises to have a beneficial impact on the country’s photonics sector.

Announced February 17 by State Secretary Mona Keijzer, the initial sum will be used to fund high-priority actions identified within the National Agenda on Quantum Technology, which was published last September.

In a letter to the Dutch cabinet outlining the investment, Keijzer writes: “The urgency is high. In order for this promising field to continue to grow and participate in the rapidly growing global playing field, action is needed immediately - otherwise the Netherlands will be overtaken.”

That urgency echoes the language used in the National Agenda document, in which authors including representatives of the QuTech quantum research center in Delft and Microsoft’s Netherlands operation (among others) stated:

“If the Netherlands is to retain a leading position [in quantum technology], progress must be made quickly. Funds must be made available, and strategic priorities must be identified and addressed.

“The reason being that the development of quantum technology is necessarily an international phenomenon: no single country can develop the technology alone, but many countries are striving to maximize the proportion of the development effort that takes place within their borders.”

More funding wanted
However, the same document had calculated that “new action lines” in the quantum sector would need an investment of €34 million per year - suggesting that the new state funding represents only a portion of the overall requirements.

Keijzer’s letter continued: “The prominent position of the Netherlands in the field of quantum technology is recognized and acknowledged worldwide. Universities and knowledge institutes are leaders in the development of qubits, quantum networks, quantum algorithms and post-quantum cryptography and act as a magnet for global business investment and talent.”

The country has a number of centers dedicated to quantum-related research, with Delft emerging as a key hub for technology development.

Responding to the funding news, QuTech’s director of business development Kees Eijkel said: “In Delft, a whole new ecosystem of research and companies has emerged around the quantum institute QuTech, a joint initiative of TU Delft and TNO.”

QuTech’s scientific director Ronald Hanson, part of the “core team” that produced the national agenda document, welcomed the Dutch government’s recognition of the emerging sector and the need for urgent action, but added that more money was required.

“To truly make an impact on the Dutch economy, however, we must execute the full National Agenda on Quantum Technology, which will require significant additional funding,” Hanson said. “Only then [will] we ensure that we can capitalize on our current frontrunner position.”

Spin-out activity
Spending the initial investment is set to be coordinated and implemented by a new foundation known as “Quantum Delta NL”. It is currently being set up by a number of parties, including QuTech, and would appear likely to follow the model established by the PhotonDelta ecosystem.

Among the existing centers of excellence where quantum and photonics technologies meet is the University of Twente, home to the Complex Photonic Systems (COPS) and the Laser Physics and Nonlinear Optics (LPNO) research teams.

Photonic integration is a particular area of expertise, and following recent work at Twente the university collaborated with Enschede-based LioniX International to form the new company “QuiX”. Its goal is to build the world's largest quantum photonic processor, within two years.

In pursuit of that goal QuiX is working alongside PhiX, another Twente spin-out. PhiX claims to be the first manufacturer capable of the automated production of photonic integrated circuits (PICs).

“The partnership exemplifies the close relationship between the worlds of quantum technology and integrated photonics,” wrote the authors of the National Agenda on Quantum Technology.

Meanwhile, PhiX and LioniX are two of the collaborators who have just begun work on a new Horizon 2020 project called “POETICS”.