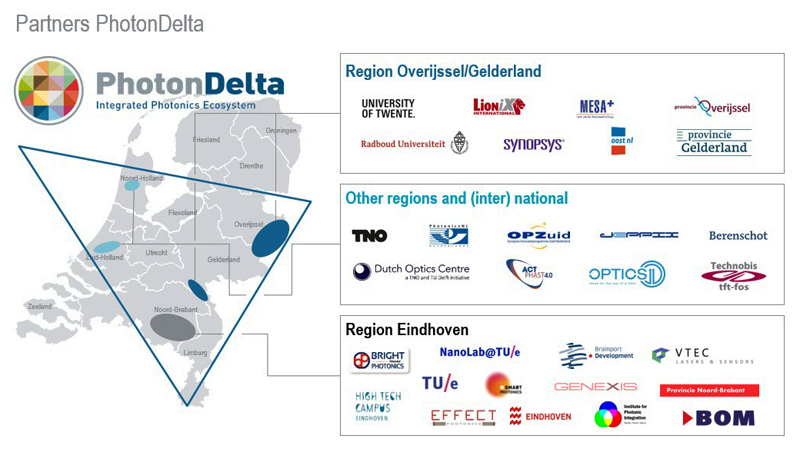 The Netherlands government, regions, companies, and institutes have agreed to invest €236 million to develop integrated photonics.

The Netherlands government, several provinces, regions, companies, and knowledge institutes have jointly agreed to invest €236 million on accelerating the development of integrated photonics technologies. Under the PhotonDelta initiative, all partners, including the province of Overijssel, Oost NL, and the University of Twente, have signed a joint covenant for this purpose. With this broad co-operation, PhotonDelta Netherlands intends to position the country as a global leader and bring new photonics solutions onto the market.

The signatories of the PhotonDelta plan are committed to achieving a turnover of €1 billion and 4000 jobs by 2026, with at least 25 companies within an ecosystem that generates further activity and employment in the Netherlands. They say that this level of development will help the country organise itself in order to maintain its position as a technology forerunner. 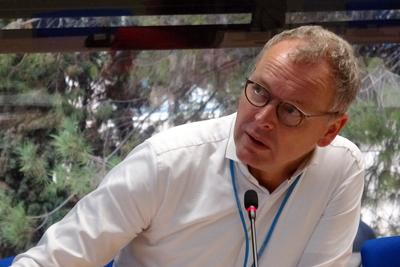 Ewit Roos, Managing Director of PhotonDelta is interviewed on the group’s website and he describes the plans for the new initiative and how public and private funds will be allocated:

“We have been visiting many photonics companies that make up the entire supply chain. For many, a financial stimulus is needed to allow these companies to scale-up to the next level, as well as attracting more trained engineering capacity at all levels of competence – from chip design right up to final module assembly.”

Considering the market’s needs (and opportunities), Roos added, “We have identified the weak spots in the current supply chain which are primarily related to production. The bottom line is that cycle times need to come down, as well as the manufacturing costs. Many companies can produce in small quantities. But the whole process needs to become faster, more predictable as well as delivering a more reliable product.”

He added, “Many people in this industry know what needs to be delivered for sectors like datacentres to cope with exponential growth. There are already some very large customer commitments made in the supply chain or in the platform.”

The PhotonDelta plan is based on four programme pillars:

The initiative’s René Penning de Vries expanded on the ideas behind programs and roadmaps: “We have developed outlines for several sectors including medical, data centers, telecom networks and secure 5G communications. We have started fruitful discussions with major industry players who are sharing with us, the broad direction they expect from research.

“But at the same time, researchers still need to have the freedom to explore and discover the challenges they are meeting within the roadmaps and develop unchartered territory. Secondly, we are working with a broad range of European equipment manufacturers, including leading companies like Demcon, Prodrive, and Physik Instrumente BV.

“By January 2019, we intend to have at least four major roadmaps budgeted for and with committed partners on board. Data centre/ telco will be one of those. But you can think about LIDAR, or the sensor systems that are needed by agriculture, medical, aerospace, and the food processing industries.” 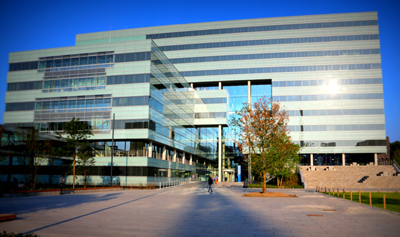 PhotonDelta is based in the Flux Building, Eindhoven University of Technology.

Eddy van Hijum, economy minister for the province of Overijssel, is also pleased with the covenant. “The region of Twente and the province of Overijssel have put photonics on the Netherlands Government's agenda. We have lobbied for a national investment program. Knowledge institutions and companies in Eindhoven and Twente in particular form a global hotspot for photonics, and we intend to expand this partnership.”

Development company Oost NL has been actively involved in regional and national developments in the field of integrated photonics since 2016. CEO Marius Prins commented, “Photonics is the future, and one of the most important innovative key technologies worldwide. The Netherlands is a leader in the field of integrated photonics, partly due to the knowledge level within companies and knowledge institutes in Twente, Eindhoven, and Nijmegen. By joining forces, we can strengthen that position and bring innovations with social impact to the market.”

About 100 researchers are currently working on photonics at the University of Twente, organised within the MESA+ institute. This is one of the largest concentrations in this field in the Netherlands, enjoying worldwide fame. Through a collaboration with the Saxion University of Applied Sciences and various spin-offs in the field of photonics, they are part of a powerful regional ecosystem.

Via the Fraunhofer Project Center, there is also a strong connection with German industry and knowledge institutions. Important areas of research include sensor applications in the biomedical domain, safe quantum communication based on photonics, lasers with ultra-narrow bandwidth, passive devices, optical filters and amplifiers, and integration with CMOS and other material systems.