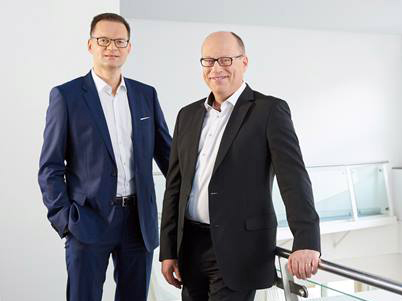 Reporting its latest full year’s trading figures, optical technology giant Jenoptik has declared 2018 to be “a year of new record figures for the company”.

Group revenue rose by 11.6 percent to €834.6 million (prior year €747.9 million). The fourth quarter was the strongest in 2018, with €241.2 million (prior year: €221.1 million). The company said this performance was mainly driven by strong demand from the semiconductor equipment industry and the delivery of toll monitoring systems in the traffic safety business.

The company also successfully completed its acquisitions of Prodomax (Canada) in July and Otto Group (Jena, Germany) in August of 2018. Both companies were integrated in Jenoptik’s Light & Production division. These acquisitions made a significant contribution to 2018 revenue of €37.0 million.

Stefan Traeger, Jenoptik President & CEO, commented, “2018 was a very successful year for us. We started to implement our new strategy and considerably exceeded our targets for revenue, profit, and orders. With Prodomax in Canada and Otto in Jena, we successfully acquired two interesting companies, that complement Jenoptik’s activities.”

The company’s Executive and Supervisory Boards of Jenoptik AG is proposing, as in prior years, an increased dividend of €0.35 per share for 2018 (prior year: €0.30) to the Annual General Meeting on June 12, 2019. Then, subject to shareholder approval, the total amount to be paid out will be €20.0 million (prior year: €17.2 million).

The Optics & Life Science segment achieved “a new revenue and earnings record in the 2018 fiscal year,” the company stated. Revenue rose 11.8 percent to €290.0 million (prior year: €259.4 million), with the segment benefiting from good business with solutions for the semiconductor equipment industry and a positive development in the healthcare and industry business. Order backlog climbed accordingly by 55.9% to €165.0 million at the end of 2018 (prior year: €109.1 million), thus providing a good basis for the current fiscal year.

Mobility segment revenue grew 21.4 percent to €327.8 million in 2018 (prior year: €270.1 million), with the newly-acquired companies contributing €37.0 million to this figure. Both solutions for the automotive industry and traffic safety technology systems saw increased demand, the latter primarily due to the delivery of truck toll monitoring systems for the German federal roads project. Book-to-bill ratio in 2018 was 0.97 (prior year: 1.12).

Looking ahead, Traeger commented, “The past fiscal year was again the best in the company’s history. As part of the gradual implementation of our ‘Strategy 2022’, we have achieved key milestones with the introduction of our new corporate structure in early January 2019, the launch of the new, independent VINCORION brand for our mechatronics business in September 2018, and the reorganization of our activities in Asia.”

In the current fiscal year Jenoptik’s Executive Board looks to 2019 anticipating further growth and higher earnings. It stated, “Revenue is to grow in the mid single-digit percentage range; EBITDA growth is also expected, resulting in an EBITDA margin of between 15.5 and 16.0 percent for 2019.

Traeger concluded, “We are expecting momentum to accelerate in the course of the new fiscal year, resulting in a stronger second half of the year. In addition, deliveries of the toll monitoring systems in the traffic safety business had made a significant contribution to our revenue in the first half-year of 2018. Therefore, we are presently expecting a somewhat weaker business development in the first half-year, but anticipate further growth in the full year.”