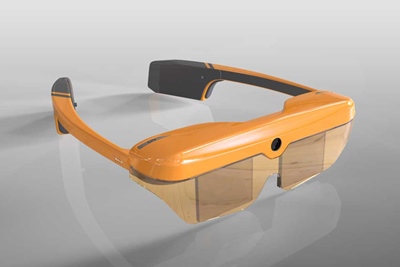 WaveOptics, which designs and manufactures diffractive waveguide components used in augmented reality (AR) hardware, says it has closed an oversubscribed series C venture round with $39 million of funding.

That total includes a recent top-up of $13 million, after the company announced last December it had raised $26 million in the “first stage” of the series C effort.

The top-up was supported by key partner Goertek, with whom WaveOptics has already signed an exclusive manufacturing partnership, as well as a new investor in the form of Australian venture firm Hostplus.

Global ambition
The UK-headquartered company is looking to scale-up production at various global sites, and claims that in tandem with Goertek it will now be able to make waveguides for AR wearables at a price point suitable for mass market adoption.

“The funds raised will allow WaveOptics to scale its business operations in the UK, US and Asia, and build a high-volume manufacturing capability,” stated the firm. “WaveOptics is able to match its global partners’ ambitions by enabling them to bring the next generation of AR wearable devices to market, as they move from product prototyping to launching enterprise and consumer AR devices.”

CEO David Hayes added: “We are seeing significant progress with our customers developing their own products based on our technology. This is an exciting time and we are perfectly positioned to help our customers bring to market one of the most significant technologies since the launch of the smart phone.”

The WaveOptics technology is based around two distinct diffraction regions: an input grating where light from the light engine is first coupled into the waveguide; and an output structure consisting of a 2D array of nanostructures. Rival approaches typically require three gratings.

That results in a larger field of view, and a more comfortable "eye-box" area for users to look through, as well as better compatibility with smaller light engines - making smaller and more lightweight designs of AR glasses feasible.

Another key relationship is that with US glass giant Corning. In December 2018 the two companies agreed a long-term deal for Corning to supply WaveOptics with the ultra-flat, high-index glass wafers that form the basis for the diffractive waveguide components.

The patented optical waveguide technology developed by WaveOptics is said to create a large viewing window in which to experience AR. The company’s current offering includes both 40° and 28° field-of-view waveguide products, alongside a 40° light engine.

“The expansion of WaveOptics’ product portfolio enables customers to evaluate and speed up the prototyping process for their own AR wearable product development,” added the firm.