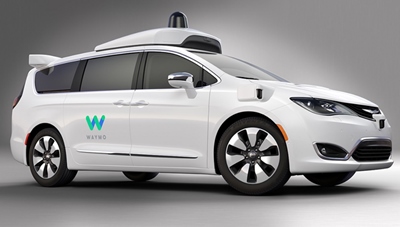 Anthony Levandowski, the former Google Waymo engineer whose switch to work on similar self-driving vehicles at rival Uber sparked a $245 million out-of-court settlement between the Silicon Valley firms last year, now faces up to ten years in prison if convicted for theft of trade secrets.

A federal grand jury in San Jose has indicted Levandowski on 33 counts of theft, following a criminal investigation by the US Federal Bureau of Investigation (FBI).

The case centers around the development of lidar technology, seen by many as critical for safe navigation of future autonomous vehicles. Levandowski was Waymo’s lead lidar engineer until he left the company in early 2016.

Theft or innovation?
According to a statement issued by the US Department of Justice (DOJ), the indictment alleges that in the months before his departure, Levandowski downloaded key engineering, manufacturing, and business files related to Google’s customized lidar and self-driving car technology from secure company repositories.

One of the 33 charges listed relates to a "unique" fiber laser design for the Project Chauffeur effort, with others including instructions for calibrating long-range lidar equipment after installation, and laser pulse driver circuit designs.

“The files downloaded included circuit board schematics, instructions for installing and testing lidar, and an internal tracking document,” states the DOJ indictment. It also alleges that, at the time Levandowski downloaded those files, he was already involved with two direct rivals to Google Waymo: Tyto LiDAR LLC and 280 Systems, Inc.

280 Systems subsequently became the autonomous truck firm Ottomotto, which went on to acquire Tyto in May 2016 - shortly after Uber had agreed to acquire Ottomotto for a reported $680 million, and hire Levandowski.

US attorney David Anderson said in the DOJ release: “All of us have the right to change jobs, [but] none of us has the right to fill our pockets on the way out the door. Theft is not innovation.”

If convicted of the charges, Levandowski faces a maximum sentence of ten years, plus a fine of $250,000, plus restitution, for each violation.

‘Optics 101’
As part of its complaint filed at the time with the San Francisco division of the US District Court, Waymo revealed that it only discovered the claimed infringement of its laser-based technology when it was inadvertently copied on an email sent by one of its lidar component vendors.

“This email also shows that Otto and Uber’s lidar systems infringe multiple lidar technology patents awarded to Waymo,” claimed the firm in its filings, also accusing Levandowski of downloading more than 14,000 highly confidential and proprietary files shortly before he left the firm.

“The 14,000 files included a wide range of highly confidential files, including Waymo’s lidar circuit board designs,” it alleged, adding that it believed Levandowski went to “extraordinary lengths” to acquire the designs and then cover his tracks.

But while the judge presiding over the Waymo-Uber dispute ordered Uber to return what he called the “purloined” files to Waymo, he also accused the Google affiliate of “over-reaching” its claims in relation to its optics technology innovation – even describing some of the claimed trade secrets as “nothing more than Optics 101”.

Judge William Alsup also denied Waymo’s request to stop Uber from developing lidar technology for self-driving vehicles, stating that it would be wrong to allow any company to leverage a single technology solution into a monopoly of broad scientific or engineering principles.