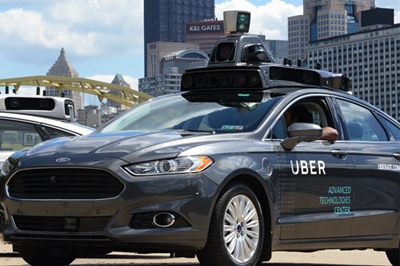 The impending courtroom drama centering on lidar technology for autonomous vehicles ended suddenly on February 9, after Uber – accused by Google-affiliated Waymo of stealing trade secrets – agreed to pay a reported $245 million to settle the case out of court.

That brought to an end nearly a year of legal missives between the rival firms, starting in February 2017 when Waymo initiated proceedings with its accusations and a demand for half a billion dollars.

The case revolved around the technology described in US patents 8,836,922 and 9,086,273, which Waymo accused its former employee Anthony Levandowski of “purloining” shortly before he left the company to start up the self-driving struck firm Otto. Uber subsequently acquired Otto for a reported $680 million.

The trial had looked set to become a highly public affair, with a jury deliberating on the merits of Waymo’s patented photonics technology – elements of which presiding judge William Alsup had dismissively referred to as “Optics 101”.

But, after more than 2600 filings to the US District Court, California Northern District in San Francisco, that possibility ended when Uber and Waymo agreed a settlement that sees each side pay its own, extensive, legal costs.

According to Reuters, Waymo is to receive a 0.34 per cent equity stake in Uber - equivalent to $245 million - after the Uber board had rejected the terms of a $500 million settlement earlier in the week.

Mea culpa
Uber’s CEO Dara Khosrowshahi, who took over from Travis Kalanick in August following Kalanick’s resignation, then issued something of a mea culpa statement on the company’s web site. Khosrowshahi wrote:

“To our friends at [Waymo parent company] Alphabet: we are partners, you are an important investor in Uber, and we share a deep belief in the power of technology to change people’s lives for the better.

“Of course, we are also competitors. And while we won’t agree on everything going forward, we agree that Uber’s acquisition of Otto could and should have been handled differently.”

Commenting on the photonics technology at the heart of the dispute, Khosrowshahi added:

“To be clear, while we do not believe that any trade secrets made their way from Waymo to Uber, nor do we believe that Uber has used any of Waymo’s proprietary information in its self-driving technology, we are taking steps with Waymo to ensure our lidar and software represents just our good work.

“While I cannot erase the past, I can commit, on behalf of every Uber employee, that we will learn from it, and it will inform our actions going forward. I’ve told Alphabet that the incredible people at Uber ATG are focused on ensuring that our development represents the very best of Uber’s innovation and experience in self-driving technology.”

It is currently developing a self-driving hybrid Ford Fusion fitted with radar and lidar sensors, as well as high-resolution cameras – and says that the vehicle should soon be appearing on the streets of Pittsburgh.

That work has been born out of a February 2015 partnership agreed with academics at Carnegie Mellon University, which established a dedicated research center in Pittsburgh. The team is believed to have collaborated with partners on a “dual-stack” lidar with 64-channel resolution, while Otto had previously acquired the startup firm Tyto LiDAR ahead of the Uber deal.