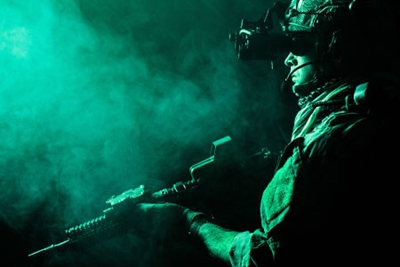 The agreement relates to the Integrated Visual Augmentation System (IVAS) program, which is intended to improve soldiers’ situational awareness and mobility, and already involves the likes of Microsoft, FLIR Systems, and SiOnyx.

Awarded on behalf of the Night Vision and Electronic Sensor Directorate (NVESD), the deal will see SRI design a low-light-level CMOS image sensor and integrate the device into a custom camera module optimized for low size, weight and power (SWAP).

'Fourth-gen' imagers
Colin Earle, associate director for imaging systems at SRI, said in a lab release that the program represented a “tremendous opportunity” to demonstrate the new imaging technology.

“SRI has been steadily advancing the low-light-level performance of night vision (NV) CMOS image sensors, and we are pleased that the IVAS program will incorporate our fourth generation NV-CMOS imagers,” he added.

Earlier this year the Massachusetts company SiOnyx signed a $20 million agreement under IVAS, to develop technology capable of low-light identification and thermal recognition of people at stand-off distances of 150 m and 300 m respectively.

That came a couple of months after Microsoft controversially agreed to provide the US Army with an updated version of its HoloLens augmented reality headset under the same program.

Some Microsoft employees have protested against that deal, but CNBC reported earlier this month that a test version of HoloLens featuring thermal imaging capability was now being trialled.

According to that CNBC report, the headset uses a thermal sensor provided by FLIR Systems and as many as a dozen sensor contracts have been awarded under IVAS. It also states that the US Army expects to begin fielding the technology to thousands of soldiers in 2022 or 2023.