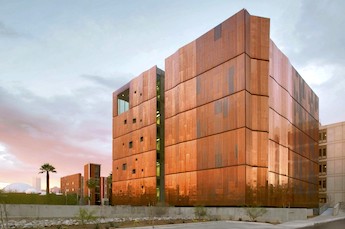 The work of Optics Valley, successor to the Arizona Optics industry Association and the body charged with representing and developing the state's photonics technology developers, has been assisted by the award of a Small Business Association (SBA) contract worth $500,000.

The funding is directed to business consultancy Strategy1, a member of the Arizona Technology Council, and is intended to provide support for the consultancy's work developing the cluster's membership of around 100 photonics companies operating in the state.

"This SBA contract provides a huge boost to our ability to recruit members and grow the Optics Valley Committee’s program services and influence," said John Dennis of Strategy1 and co-chairman of Optics Valley.

"Our goal is to position Optics Valley as the leading organization for galvanizing optics innovation and talent, and to provide a central network for established optics leaders."

Initiatives already identified by Optics Valley as current core priorities include facilitating the growth of existing optics companies with proactive workforce development and mentoring; promoting the formation and development of new entrepreneurial companies for optics and photonics technologies by supporting existing incubator programs; and enhancing the visibility of the optics industry as a critical enabling technology.

The new contract includes $500,000 in 2019 as the base year, followed by four additional optional years. In addition to the Council, key program partners include Pima Community College, The University of Arizona Tech Launch Arizona and Tech Parks Arizona.

The state's optics industry sector is thought to be worth around $3 billion annually, with Southern Arizona a hub for photonics research since the early 1990s. One significant driver has been the University of Arizona's College of Optical Sciences, a center of expertise founded with Air Force backing in 1964 and a lynchpin for optics development in the Tucson area.

The College was further boosted in December 2018 by a $20 million gift from its founding dean and photonics entrepreneur Jim Wyant, intended to endow ten new faculty positions.

At the end of December 2016, AOIA was dissolved as an independent organization and its work continues as Optics Valley within the Arizona Technology Council.

"The SBA contract will provide the additional resources needed to achieve our goal of making the Arizona optics industry a recognized world leader in the innovation economy," commented Steven Zylstra, Technology Council CEO.